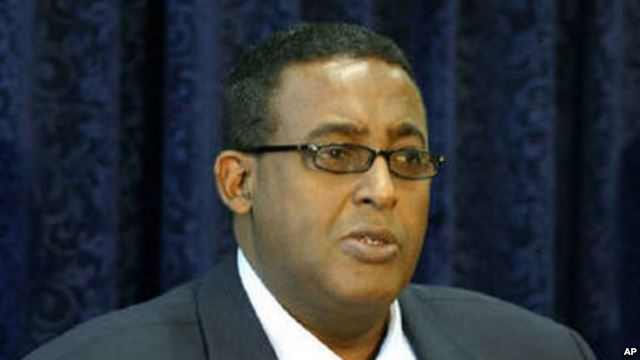 Somali Prime Minister Omar Abdirashid Ali Sharmarke says he sees a new era of hope and peace for his country which has struggled for years with lawlessness, civil wars, terrorism and piracy. Speaking to VOA in New York Friday, Sharmarke said his government is proposing a “grand development plan” that would help Somalia build a better and bright future. “We have proposed that all U.N. member states contribute and help Somalia rebuild itself,” he said. “We do not need charity, we need a direct investment.” Sharmarke said now is the time to help Somalis depend on their natural resources, rather than insufficient aid from the donor countries. “If the world gives us a chance and invest our country, we can potentially lead the economy of East Africa, he said. In past speeches at the U.N. during the decades of anarchy, Somali leaders often focused on appeals for international aid, reconciliation and the fight against terrorists and piracy, but Sharmarke says Somalis can no longer be slaves for fear and hopelessness. Recovering “We are recovering from more than two decades of trouble and violence , the country has started to rebuild, we should not keep talking about fear, but the glimpse of hope, we see in the horizon,” he said On the political side,  Sharmarke stressed that his government has made a political progress toward the country’s vision of holding popular elections. He said a National Consultative Forum was launched and that would eventually lead Somalia to “one person, one vote” elections that officials were hoping to hold next year. “Once we realized that we could not finish the job needed for 2016 public vote, we have decided to convene a national consolation aimed at shaping a possible transition for next year, ” he said. Terrorism A constant threat facing Somalia is posed by the al-Qaida-linked al-Shabab militant group.  Sharmake said the group cannot be defeated only through military means. “We defeated Al-Shabab in the military fronts, but to wipe them out of Somalia needs a relentless and constant effort to fight against their extremist ideology, he said. British Prime Minister David Cameron recently announced that his army will help in operations to defeat Al- Shabab in Somalia.   Sharmarke said sending troops to Somalia is not the long term solution for his country. “We would prefer countries including Britain to help the establishment of strong, well –trained and well equipped Somali National Army who will not only help eradicate sl-Shabab but also eventually take over Somalia’s future security responsibilities.” he said. Al-Shabab has been trying since 2006 to overthrow the Somali government and establish a strict Islamic state. The group controlled most of southern Somalia as recently as 2010, but was pushed into the countryside by African Union and Somali government forces. The militants carry out frequent attacks, often targeting government officials and African Union troops. *Source VOA]]>