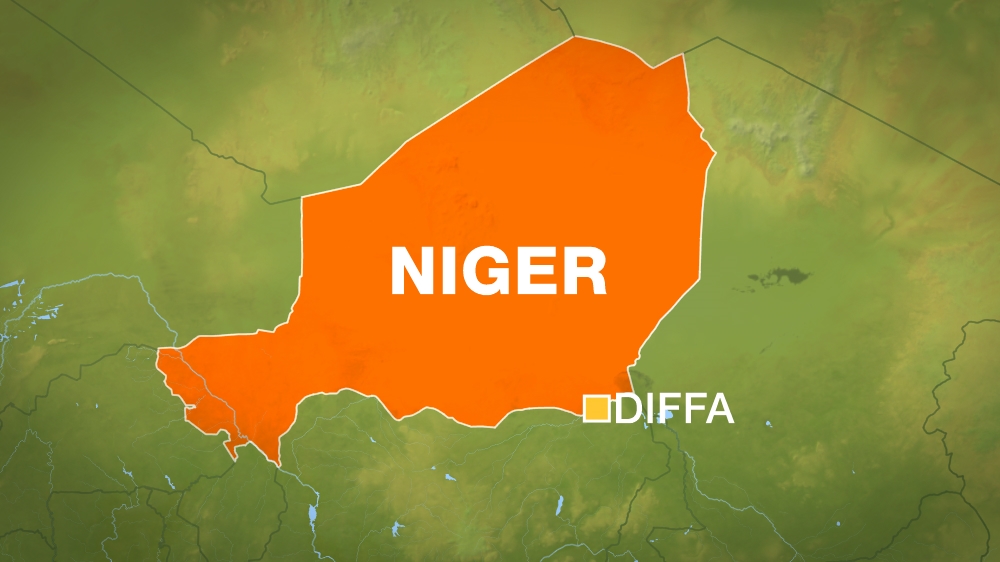 Two suicide bombings have left five civilians and a policeman dead in Niger, a humanitarian worker has said.

“There were 10 deaths in total: a policeman, five civilians and the four suicide bombers,” said the source, based in the southeastern city of Diffa where the blasts occurred on Sunday.

“Apparently, the assailants, all armed with explosive belts, were going after military targets but they were unable to hit any,” said the source, who was quoted by the AFP news agency, adding some people with light injuries were taken to hospital.

“They were chased by inhabitants who informed the army and they swiftly went after them.”

There was no immediate claim of responsibility though suspicion fell upon Boko Haram, the Nigeria-based armed group that has carried out scores of attacks in neighbouring Niger, Cameroon and Chad in recent months.

Aboubacar Halilou said on Sunday that he was coming out his house in the town of Diffa around 8am when he saw four young men walk past.

“They had their hands on their stomachs, walking in the rain in the direction of the police station,” Halilou told the AP news agency.

“A police officer tried to approach these young men before they arrived at the station but when he came closer one of the men detonated his explosives.” The policeman was killed, said Halilou.

“The three others started to flee, and another officer who was there shot and killed one of them at the scene.

“The two others ran in an effort to reach town. There was a real chase but the officers finally caught them,” he said.

More than 11 other people were wounded, according to an emergency room nurse in Diffa, which lies near the border with Nigeria, who spoke on condition of anonymity as he was not authorised to speak to journalists.