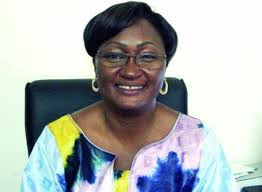 Bintou Keita[/caption] United Nations Secretary-General Ban Ki-moon and African Union Commission Chairperson Nkosazana Dlamini-Zuma announced today the appointment of Bintou Keita of Guinea as Deputy Joint Special Representative for the African Union-United Nations Hybrid Operation in Darfur (UNAMID). Ms. Keita succeeds Abdul Kamara of Sierra Leone, to whom the Secretary-General and the Chairperson are grateful for his dedicated service during his tenure with UNAMID. Ms. Keita brings to the position a wealth of experience with more than 25 years of service in the United Nations. Her most recent positions include Ebola Crisis Manager for Sierra Leone and Chief of Staff for the United Nations Mission for Ebola Emergency Response. Prior to that, Ms. Keita served in several senior management and leadership functions with the United Nations Children’s Fund (UNICEF) in Chad, Congo, Madagascar, Cape Verde, Rwanda, Burundi and New York. From 2007 to 2010, Ms. Keita was Deputy Executive Representative of the Secretary-General for the United Nations Integrated Office in Burundi. She has also worked with the United Nations Development Programme (UNDP) and the Canadian International Development Agency in Guinea. Ms. Keita holds a master’s degree in social economy from the University Paris II, France, and a master’s degree in business administration and management from the University of Paris IX, France. Born in 1958, she has one child. *APO]]>