The announcement was made during the World Polio Day livestream event in New York City. In total, Rotary gives US$ 40.4 million to end polio worldwide 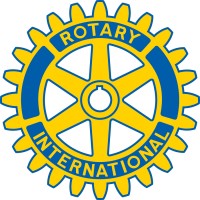 On the heels of historic success against polio in Nigeria and across the continent of Africa, Rotary gives an additional US$6.9 million boost to Nigeria to support immunization activities and surveillance spearheaded by the Global Polio Eradication Initiative. This was the year when three became two, with the World Health Organization removing Nigeria from the list of polio-endemic countries, leaving just Afghanistan and Pakistan remaining. With no case of wild poliovirus (WPV) reported since 24 July 2014, more than a year has passed with no samples testing positive for WPV across the entire country. This achievement is a tribute to the hard work of countless health care workers, traditional leaders, over 400,000 volunteers and the government who managed to turn the programme in Nigeria around by reaching over 45 million children repeatedly with polio vaccines. Polio is on track to become the second human disease ever to be eliminated from the world (smallpox is the first). To date, Rotary has helped 194 countries stop the transmission of polio through the mass immunization of children. Rotary’s new funding commitment, announced in advance of the Oct. 24 observance of World Polio Day 2015, targets countries where children remain at risk of contracting this incurable, but vaccine-preventable, disease. “As we celebrate world polio day in a time when we have been removed from the list of polio endemic countries we must remain vigilant and ensure that all children are immunised again polio until Nigeria is certified polio free and indeed the world is certified polio free,” says the Chairman of Rotary’s Nigeria National Polio Plus Committee, Tunji Funsho. “No child is safe from the polio virus until no more polio virus exists on this planet.”

Rotary is contributing  $26.8 million to African countries to ensure the disease never returns to the continent: Burkina Faso ($1.6 million), Cameroon ($2.7 million), Chad ($2.6 million), Democratic Republic of Congo ($499,579), Equatorial Guinea ($685,000), Kenya ($750,102), Madagascar ($562,820), Mali ($1.5 million), Niger ($3 million), Nigeria ($6.9 million), Somalia ($4.9 million) and South Sudan ($1.5 million). Outside of Africa, Rotary also announced grants of $6.7 million for polio-endemic Pakistan, $400,000 to Iraq and $5.3 million to India. The remaining $990,542 will support immunization activities and surveillance. In total, Rotary gives $40.4 million to end polio worldwide. Rotary provides grant funding to polio eradication initiative partners UNICEF and the World Health Organization, which work with the governments and Rotary members in polio-affected and high-risk countries to plan and carry out immunization activities. To date, Rotary has contributed more than $1.5 billion to fight polio. Through 2018, the Bill & Melinda Gates Foundation will match two-to-one every dollar Rotary commits to polio eradication (up to $35 million a year). Currently, there have been only 41 cases of polio reported in the world in 2015, down from about 350,000 a year when the initiative launched in 1988.
Rotary brings together a global network of volunteer leaders dedicated to tackling the world’s most pressing humanitarian challenges. Rotary connects 1.2 million members of more than 34,000 Rotary clubs in over 200 countries and geographical areas. Their work improves lives at both the local and international levels, from helping families in need in their own communities to working toward a polio-free world. In 1988, Rotary was joined by the WHO, UNICEF and the CDC to launch the Global Polio Eradication Initiative. *Source APO
]]>