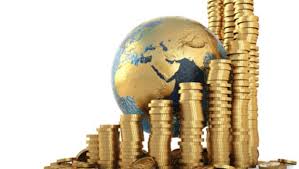 International private equity has become the fastest growing source of investment in sub-Saharan Africa but better risk management tools and a way to develop whole sectors was needed to make sure benefits are spread more widely, a study found. In recent years, investors tired of low returns in developed markets have increasingly looked to cash in on the rapid growth and emerging middle-class consumers in Africa, home to many of the fastest expanding economies in the world. Investments from international private equity has grown five-fold since 2008 across sub-Saharan Africa and now amounts to around $12 billion, or 20 percent, annually of cross-border investments, a working paper released on Tuesday by the Overseas Development Institute (ODI) said. While capital flow was needed to speed up economic development, especially in the private sector, those who wanted to put their money to work in the region were still struggling with a lack of investment opportunities, the institute found. “The region is suffering from an ‘overhang’ of unused capital because of the lack of suitable companies for investment,” the report said. “Firms are too small, lack human capital and are often within underdeveloped sectors that lack the economic ‘eco-system’ that supports the growth of individual firms,” the ODI report said. It said development agencies needed to approach sectors and industry as a whole rather than piecemeal. Development finance institutions needed to come up with ways to create more medium-size businesses, while also providing investors with risk insurance tools that were more flexible and less costly, the ODI said. Mutual funds ploughing their money into limited stock markets were “creating moderate but growing risks of asset bubbles and financial instability.” Meanwhile, investors in private equity funds had started building up their own rather than buying into businesses. Unlisted investment funds are expected to raise as much as $5.4 billion earmarked for the region over the whole of 2015, well above the $4.1 billion raised last year, the report said. It said well over half of the money invested by those funds since 2008 has gone into the energy sector, with Blackstone, Denham Capital and Helios Partners topping the list of private equity funds.]]>