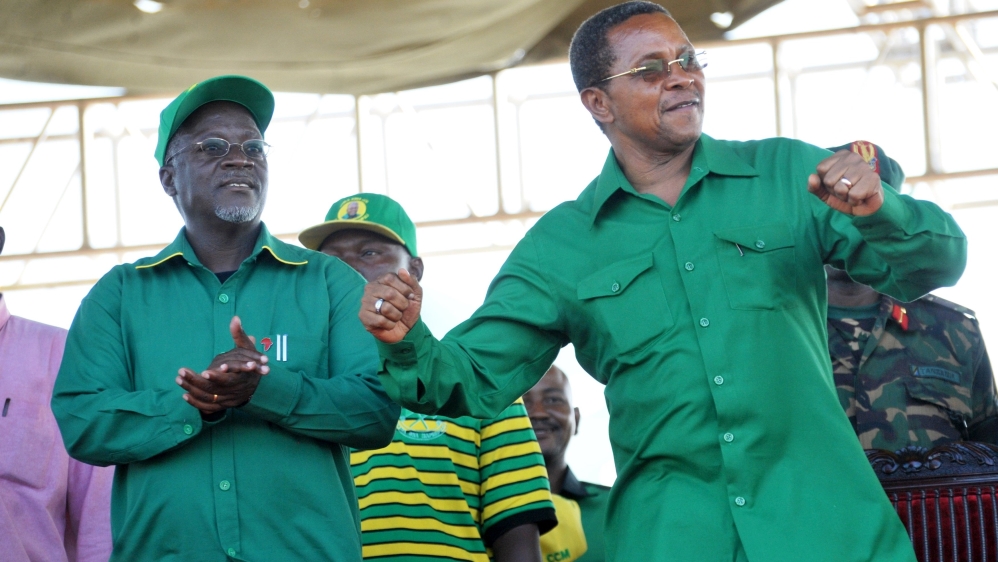 In power for more than half a century, the ruling CCM party has faced growing pressure to speed up development of Tanzania’s significant natural gas resources to spur economic growth and lower stubbornly high poverty rates.

Opposition leader Lowassa has tapped into mounting anger over corruption and the slow pace of change.

“People have been coming since very early in the morning. They just want to vote early so they can go home and go about their business and wait for the result.” Soi said.

“Things are smooth and people are patiently waiting to cast their vote. They want free and fair elections.”

There are more than 63,000 polling stations in Tanzania and each station is only allowed 450 voters. This is to quicken to the process.” Soi added.

Outgoing President Jakaya Kikwete, who will step down after serving two terms, has warned against violence in the lead-up to the polls.

“Anyone who tries to cause trouble will be dealt with,” Kikwete said at a CCM rally on Saturday.

Both John Magufuli of the ruling CCM party and the opposition coalition candidate Lowassa have drawn tens of thousands of people to lively rallies, vowing to curb frequent power outages and ensure future economic growth reaches the poor.

They have also pledged to tackle rampant corruption, pave roads and improve crumbling infrastructure that hinders businesses and weighs on everyday life.

At a final rally on Saturday, Magufuli said he would focus on creating jobs and ensuring faster development of Tanzania’s natural gas discoveries.

Tanzania’s ambitious plans to build a multi-billion-dollar liquefied natural gas (LNG) plant appear to have stalled, a major concern in a nation which is counting on its gas resources to turbo-charge its development.

The new president will also need to do more to encourage foreign investment and shake off Tanzania’s reputation for letting bureaucracy hamper development.