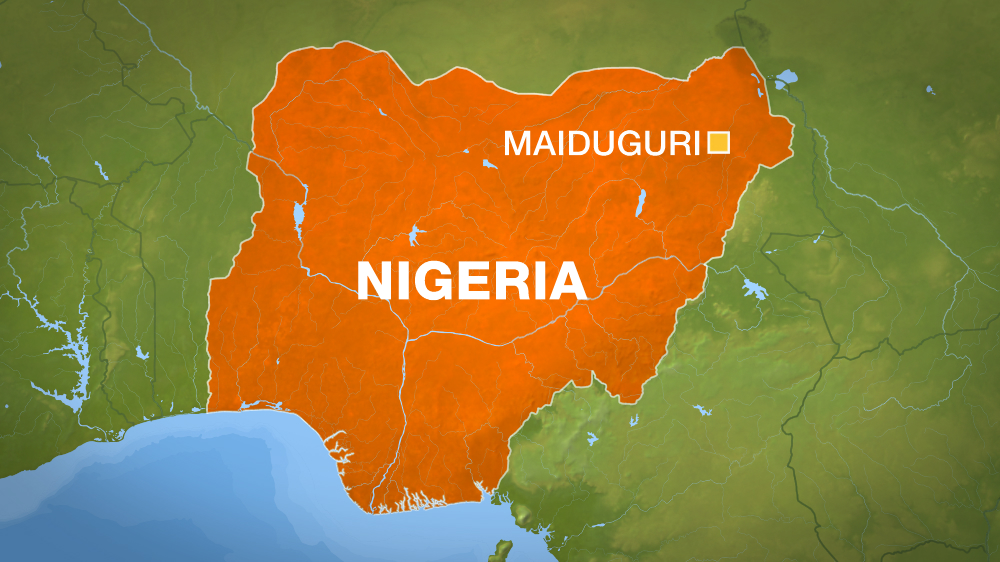 At least 10 people have been killed and 39 others injured when four suicide bombers blew themselves up in the city of Maiduguri, northeast Nigeria, the military has said.

The attacks on Thursday night targeted the Ajilari Cross area of the city, near Maiduguri airport and a military base, the army said on Friday.

“Three of the terrorists [struck] in the same area and the fourth detonated in front of a mosque,” according to the military headquarters in Abuja.

Locals and one police officer in the Borno state capital said initially there were seven blasts in the Ajilari Cross area of the city, with at least two bombs strapped to teenage girls.

According to the military, the attackers were members of Boko Haram armed group.

Boko Haram group have increasingly used suicide bombers to target civilians, including in Maiduguri, where on September 20 at least 117 people were killed in a wave of attacks.

Ajilari Cross was one of several places in the city also hit 10 days ago, spreading fears of more carnage over the recent Islamic holiday, Eid al-Adha.

Nigeria’s military has claimed a series of successes against Boko Haram in recent weeks, which has led many to fear an increase in attacks against civilians in the restive northeast.

Amnesty International said on Wednesday more needed to be done to protect ordinary citizens, with at least 1,600 killed in Boko Haram violence in Nigeria, Cameroon, Chad and Niger since June.

The conflict has claimed more than 1,260 lives in Nigeria alone since Muhammadu Buhari took office as president on May 29, according to an AFP news agency tally.