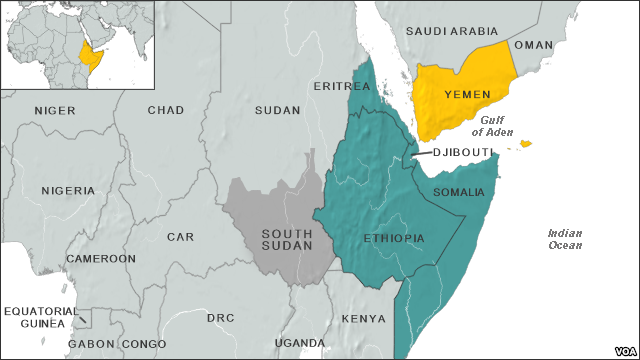 Mozambique continues to resist work to reopen a waterway that would give Zambia and Malawi, both landlocked countries, access to its Chinde port on the Indian Ocean. The route hasn’t been in use since the 1970s when civil war erupted in Mozambique. Reopening it could be a major boon to Malawi and Zambia’s economies. The Malawian government spends $300 million annually to import and export goods. Much of that trade moves through the ports of Beira and Nacala in neighboring Mozambique. That means goods must travel by rail, as far as 1,200 kilometers. Traders are loading bags of cement at Wenela railway station in Blantyre heading to the southern district of Balaka. The cement arrived via Mozambique. Mayamiko Majawa, one of the traders, said erratic train schedules affect his business. “We are supposed to transport the goods four times a week but the train only comes once a week. That is a very big problem in business because at least we could be selling more if we transported a lot of goods in a week,” said Majawa. Shire-Zambezi waterway Malawi and its neighbor, Zambia, want to reopen the Shire-Zambezi waterway with access to the Mozambican port of Chinde. Proposing the move back in 2005, then Malawian president Bingu wa Mutharika said it would slash costs of doing business for Malawi by 60 percent. But recent talks between the three countries in Malawi ended in deadlock. Reopening the waterway would cost the governments and donors an estimated $6 billion. Mozambique’s Minister of Transport Carlos Mesquitta said it will be too expensive. “Within 10 to 15 years, the cost of maintenance dredging per year will be doubled. So, double, means $60 million. So how come it says we will have some advantage and then we will be paralyzed by all sorts of these things?” he asked. Chinde waterway Mesquitta said the annual cargo load for Chinde – about 250,000 tons – is far less than the 15 million tons Mozambique loads through its three other ports. But Zambia’s deputy minister of transport Mutaba Mwali said the waterway is worth it. “We are in a position like Malawi. We are a land locked country. And we know that water transport offers the cheapest means of transport for our goods. So we are eager to see the fruits of this project,” said Mwali. Malawi said compromise is possible. Another round of talks on the waterway is planned for November in Zambia. *VOA]]>