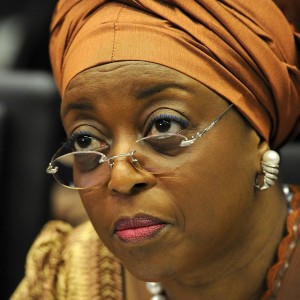 The family of the embattled former petroleum minister, Mrs Diezani Alison-Madueke, has condemned what it described as media “ bias, conspiracy and hostility” to the Madueke family, through its ongoing reportage of last week’s arrest of the former minister by the UK anti-corruption agency over allegations of corruption and money laundering. A statement yesterday on behalf of Diezani Alison-Madueke’s marital and paternal families, the Madueke and Agama families, by Barr. Oscar Onwudiwe, their private attorney, the family claimed that there were a lot of inaccuracies in the media reports of Diezani’s travails and blamed the media for what it described as “obsession with defaming highly placed people”. The statement which was entitled: “The Truth Versus The Media Hysteria Against The Madueke Family”, said the family “is appalled at the ongoing media frenzy against Mrs. Diezani Alison-Madueke following an invitation to her by the British authorities last Friday for reasons which are yet to be disclosed. For the avoidance of doubt, the family would like to state categorically that it has no issues with any persons from the family being invited anywhere in the world to answer questions about their private or official conduct. The Madueke family believes in law and order, honour and due process”. The family said “it is clear that there is a deliberate and vicious campaign to demonise members of the Madueke family with all manner of frivolous allegations”, claiming that an online news media report that Mr. Ugonna Madueke “owns at least three posh properties in the United States with stated addresses was an apparent falsehood.” It maintained that Ugonna Madueke has no property anywhere in the United States and has never owned one. It said, “The USA is a country which runs on transparency, accountability and technology. A little honest effort by the online news media would have provided in a few minutes the true ownership of the properties at issue. For historical accuracy, the Madueke family avers without any fear of contradiction that 11711 Scooter Lane (a three-bedroom town house) in Fairfax, Virginia, was acquired by the Madueke family in 1997 when Ugonna was only 10 years old. “Ugonna’s siblings lived in this property while attending George Mason University in Virginia, USA. Records available to the appropriate authorities in the United States can also show that 13116 Silver Maple Court in Bowie, Maryland, USA belongs to an uncle of the Madueke siblings and was purchased in 1995 when Ugonna was only 8 years old. As a student of the University of Maryland in 2002, Ugonna stayed with his uncle at the said address. All of these were before Mrs. Diezani was appointed to government office. No Madueke or a distant relation has anything to do with the ownership of No. 4227 Summit Manor Court in Virginia.” *Source Naija 247]]>