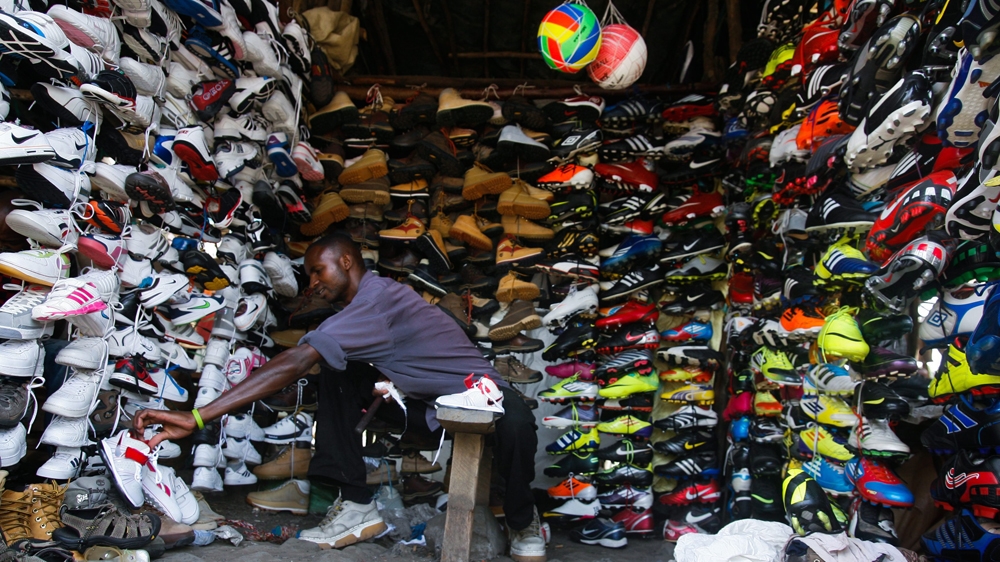 The East African nation of Kenya has seen an average economic growth of five percent for the past decade.

But it has bigger goals: it wants ten percent growth by 2017, which means a population which is currently 75 percent dependent on farming, needs to expand, diversify, and industrialise.

The economy is expected to expand 6.5 percent on average over the next three years. This makes Kenya one of the fastest-growing economies in Sub-Saharan Africa, according to the World Bank.

But the poverty index is high, and Kenya still has the the highest number of slums in Africa and 42 percent of the population, or almost 20 million people, are living on less than a dollar a day.

So beyond the great economic numbers that would be the envy of many developed nations, there is a real need for Kenya’s government to take the lead.

Catherine Soi looks at how expansion and change will impact the country’s growing informal economy; and Adan Mohammed, Kenya’s cabinet secretary for industrialisation and enterprise, joins the show to talk about Kenya’s economic future.

Since 1975, Lebanon has lurched from one crisis to another. There has been civil war, Syrian occupation, Hezbollah’s clashes with Israel, and now an influx of more than a million Syrian refugees. And all these things have brought with them an economic pinch.

More recently, after the closure of the country’s main landfill in July, the treatment, disposal and storage or rubbish was disrupted leading to a massive pileup on the streets.

The result was a protest movement called “You Stink”, demanding a solution to the waste crisis, and then developing into political demands.

The rubbish in the streets also threatened tourism, which is a key economic driver. Three Gulf countries issued travel warnings to Lebanon leading to around 20 percent of hotel bookings to be cancelled.

And with more than 1.6 million refugees living in the Lebanon, the World Bank estimates it is costing the country $5bn a year.

Nassib Ghobril, the chief economist at Byblos Bank Group, joins us from Beirut to look at how Lebanon’s economy has been affected by the Syrian conflict and the refugee crisis.

By 2050 the world’s population will hit 9 billion which means developing nations need to double their food production by then. So what is the role and state of the agriculture sector?

In Mexico, 800 tons of food are wasted on a daily basis in the country, a place where 27 million people suffer from hunger and malnutrition. John Holman reports from Mexico City.

And Imtiaz Tyab reports from Iraq where farmers say the agriculture sector is close to collapse.

The post Kenya: The new factory of the world? appeared first on African Media Agency.