By MARGARET WAHITO* NAIROBI, Kenya, – Kenya is among the top ten most searched tourism destination online globally, according to the latest report by an online travel agency, Jovago. Kenya is competing with countries like Tanzania, South Africa, Morocco and Tunisia. [caption id="attachment_21329" align="alignleft" width="630"] 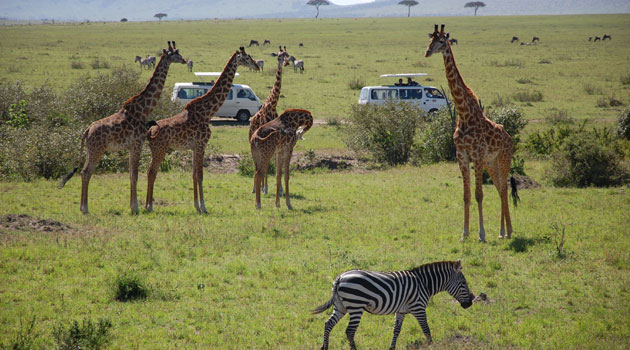 Kenya among top ten most searched tourism destinations online, globally/CFM[/caption] East Africa Managing Director Estelle Verdier says despite the insecurity challenges since 2013, Kenya is able to continue attracting tourists due to its diversity in tourism sector compared to other regional destinations. “The hotel industry in Kenya is attracting a high number of arrivals due to online accessibility,” she said during the release of the report which has been done within the last two years. Nairobi emerged the top destination within the country taking 29.6 percent of the tourists, followed by Mombasa at 14.7 percent, Naivasha 12.1 percent, Nakuru 5.6 percent and Diani Beach at 2.9 percent. “A majority of visitors coming to Nairobi are business people compared to other areas in the country. Again a lot of businesses are concentrated in Nairobi. However the same business people are able to extend their visits due to leisure options near the city,” she said. The report has also revealed a high demand for 3, 4 and 5 star hotels compared to smaller hotels giving room for more investors to put money into this segment. Kenya has recently seen a new wave of interest and investment from internationally recognize brands such as the Accor Hotels, Marriot, Kempinsky and Hemingways. The study also noted a fast growth in domestic tourism, with a challenge for Kenya not to solely depend on foreign arrivals as there is huge potential not only locally and regionally. At least 98 percent of searches are done online with 50 percent payments being completed online. The last two years have been quite challenging for Kenya’s tourism sector due to both external and internal factors including the Ebola outbreak in West Africa, clashes in the coastal region and rampant terrorist attacks. Verdier however says the industry is slowly and steadily getting back on track attributed to lifting of the UK ban on non essential visits to Kenya, US President Barack Obama’s visits as well as scheduled conferences towards the end of the year. *Source Capital FM]]>