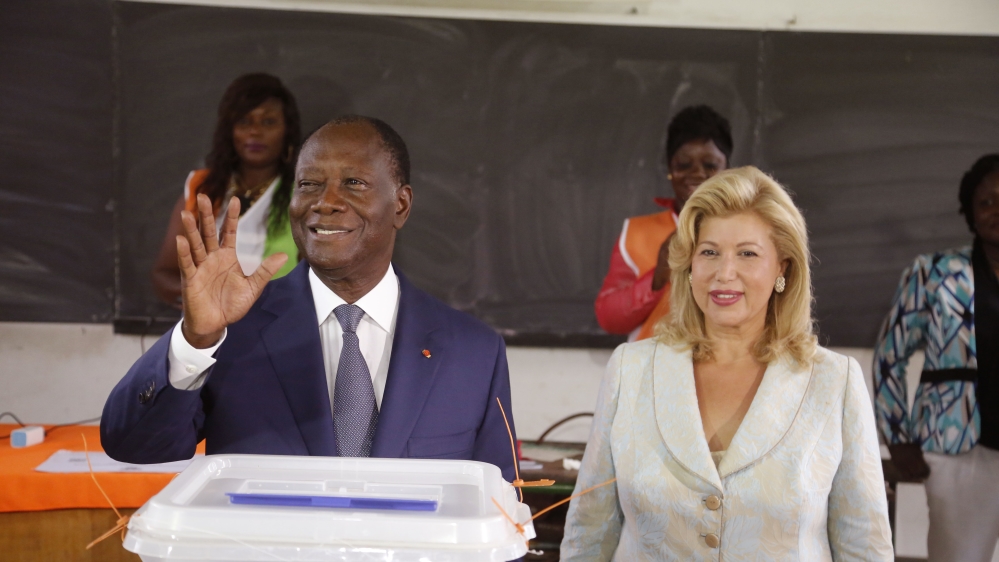 Ivory Coast’s President Alassane Ouattara won a blowout poll victory and a second five-year term in office in a weekend vote intended to draw a line under years of turmoil and a 2011 civil war, the elections commission announced.

Ouattara won a total of 2,118,229 votes, or 83.66 percent of ballots cast, the president of the Independent Electoral Commission Youssouf Bakayoko announced at a press conference on Wednesday.

More than six million Ivorians were registered to vote at about 20,000 polling stations. The elections commission introduced new technology, including computer tablets, to verify their identities.