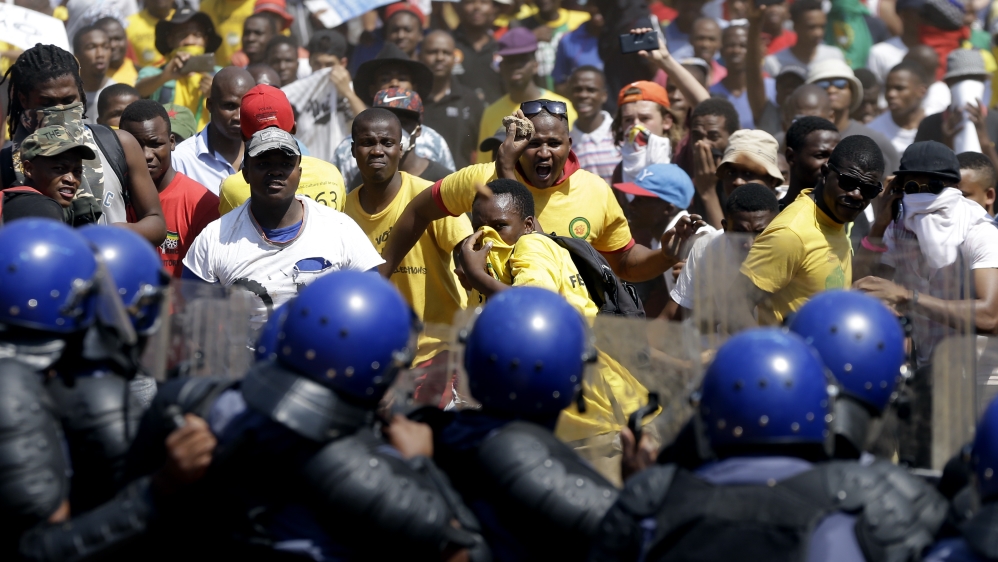 South African President Jacob Zuma has ruled out increases in university tuition fees for next year.

The announcement followed 10 days of some of the biggest student protests seen in the country since the end of apartheid.

The protests follow the ANC losing around a quarter of its members over the past three years.

President Zuma blames factionalism within the ruling ANC for the dwindling numbers.

Has the ANC shifted focus post-apartheid? And does its new direction alienate even more South Africans?