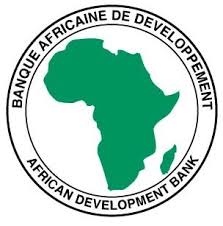 The African Development Bank Group (“AfDB” or “Bank”) on October 1st, 2015, announced the conclusion of a settlement with SNC-Lavalin Group Inc. (“SNC-Lavalin”). The settlement follows an inquiry supervised by the Integrity and Anti-Corruption Department (“IACD”) of the Bank and pertains to contracts awarded to SNC-Lavalin International Inc. (“SNCLI”) on two AfDB-financed projects in Uganda and Mozambique. The agreement resolves allegations uncontested by the company of illicit payments ordered by former SNCLI employees to public officials in order to secure contracts. Under the terms of the settlement agreement the AfDB imposes a conditional non-debarment on SNCLI for a period of two years and ten months. Further, SNC-Lavalin will make a settlement payment of CAD 1.5 million to flow into support of activities and programs combating corruption on the African continent. In addition, SNC-Lavalin commits to maintain an effective group-wide compliance program, subject to review by the AfDB, and to cooperate with IACD. “The sanctions imposed under the settlement agreement reflect the level of cooperation provided by the company in the investigation of the matter,” says Anna Bossman, Director of IACD. “SNC-Lavalin has demonstrated that it has undergone significant changes in the past two years, continuously improving ethics and compliance in its operations under a new management. IACD believes in crediting such dedication to ethical business and is at all times willing to resolve amicably instances of sanctionable practices with companies that show a sincere commitment to integrity by collaborating in the resolution of allegations and enhancing their compliance regimes.” SNCLI was contracted in October 2008 to supervise the construction of the 66-kilometre road and bridge construction project between Marrupa and Litunde in Niassa Province, Mozambique. In December 2010, the company was awarded another contract by the Uganda National Roads Authority to supervise the upgrading of the 75-km Kazo-Kamwenge road running from Nyakahita to Kamwenge in Uganda. The Integrity and Anti-Corruption Department of the African Development Bank Group is responsible for preventing, deterring and investigating allegations of corruption, fraud and other sanctionable practices in Bank Group-financed operations. *Source AFDB]]>