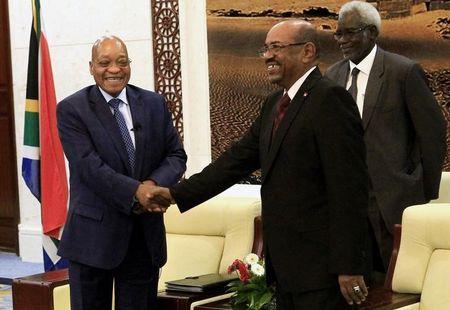 JOHANNESBURG (Reuters) – The International Criminal Court has given South Africa more time to explain why it failed to arrest Sudan’s President Omar Hassan al-Bashir, accused by the ICC of war crimes, when he visited the country in June.

As an ICC signatory, South Africa is obliged to implement warrants from the court. But when Bashir visited for an African Union summit, the government refused to arrest him, and allowed him to leave the country in violation of a domestic court order.

The ICC had initially given South Africa until Oct. 5 to defend its decision. But the government, currently reviewing a high court ruling that authorities erred in letting Bashir leave, said it needed more time to respond.

South Africa should report back to the ICC on the progress of legal proceedings no later than Dec. 31, the court, based in the Dutch city of The Hague, said in a statement.

The failure to detain Bashir was a blow to the ICC, which has come under criticism from African states for what they see as its disproportionate focus on their continent.

South Africa’s ruling African National Congress said this month it wants to withdraw from the ICC because powerful nations use it to “trample” human rights and pursue “selfish interests”.

The ICC issued an arrest warrant for Bashir in 2009, accusing him of masterminding genocide, crimes against humanity and war crimes in Sudan’s Darfur region, where an estimated 300,000 people were killed and more than 2 million displaced.