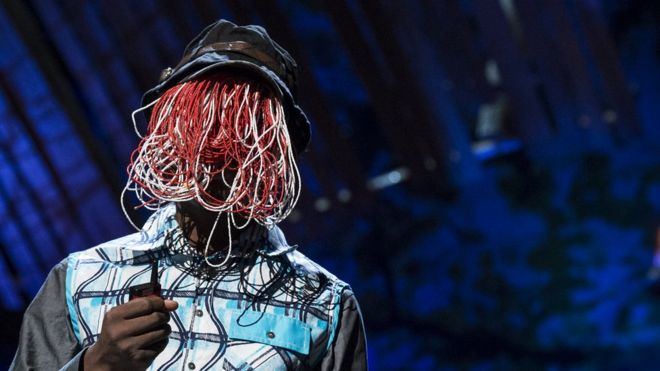 It has all the ingredients of a Hollywood blockbuster but the tale of sex, money and corruption that is gripping Ghanaian cinema-goers is a three-hour documentary that purports to expose judicial corruption.

The film has led to arguably one of the biggest scandals in the country’s history and has shaken the foundations of the judiciary. Investigative journalist Anas Aremeyaw Anas made it after two years of undercover work in which he gathered 500 hours of raw footage. It appears to show judges and court workers taking bribes from litigants, as well as some demanding sex, to manipulate justice.

Allegations have been made against 34 judges, as well as dozens of other court officials, in evidence that was handed to President John Mahama and Chief Justice Georgina Theodora Wood. The chief justice launched an investigation into the 22 lower court judges, and is considering what to do about the 12 high court judges. Lawyers for 14 of the accused judges have denied the allegations and the High Court has dismissed their attempt to get the investigation suspended. The other accused judges have yet to comment in public. The film – Ghana in the eyes of God; Epic of Injustice – has been shown in the capital, Accra, and is now being screened for free across the country. [caption id="attachment_21203" align="alignright" width="624"]

The screenings have filled auditoriums in the capital and it premieres in Kumasi on Friday[/caption] Mr Anas has opted for public screenings rather than a television broadcast because media companies have been threatened with legal action if they do show it. But he wants as many people as possible to see the work as he told me he believes “justice is for the people, let them see what justice means in this country”.

Who is Anas Aremeyaw Anas?

Anas Aremeyaw Anas is something of an enigma, as he is never seen in public without a disguise. His fans call him a modern-day folk hero or the “James Bond of journalism” for his work in exposing alleged corruption and malpractice in Ghana and beyond. In his 15 years of undercover journalism he has among other disguises, posed as a female investor in high heels, sunglasses and lipstick, and a janitor in a brothel. He has also secreted himself inside a fake rock placed at the side of the road with a peep hole for his eyes. In his work he has exposed a human trafficking racket, corruption in the police and malpractice in a food processing plant. He argues that “there is no point in doing journalism, if it does not lead progress in your society”. Before becoming a journalist, Mr Anas worked as a lawyer for two years. Unsurprisingly, the judges featured in the film are not keen for it to be shown, and a case has been filed to restrain cinemas and other venues from allowing their facilities to be used to screen the film. But this has so far been ignored.

Justice Paul Uuter Dery has filed a new suit at the Supreme Court seeking to stop the investigations into the judges. He wants the court to declare that the material gathered cannot be used, as Ghana’s constitution guarantees that evidence in a case relating to the removal of a judge should be heard in camera – in other words behind closed doors – and Mr Anas has already shown it in public. The documentary itself is taken from Mr Anas’s hours of secret filming, hence the shaky camera work and poor sound quality. 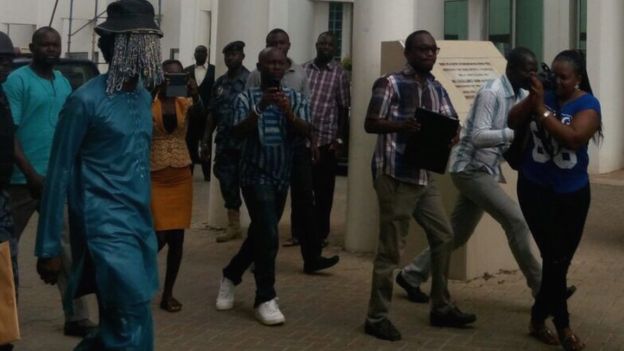 It shows various judges talking to litigants, sometimes in a car and sometimes in what appears to be an office or a home setting. Money is seen changing hands and there are also scenes showing people having sex. What cannot be confirmed is whether the people being featured are being bribed or whether they were offered sex in exchange for a favour in court. When I saw it, the audience greeted much of what they saw with shouts of anger and mocking laughter, especially during the sex scenes. There were also long periods of silence as the viewers were digesting the implications of what they were seeing. As screenings of the film are set to continue and Ghanaians eager to see the film, this scandal is not going away. Given that some of the judges are fighting back using the courts, this could also be a long-running saga of courtroom gymnastics. Meanwhile Mr Anas is being feted by some as a national hero, his critics see him as a lawless citizen invading people’s privacy and unfairly tarnishing their reputation. *Source BBC]]>