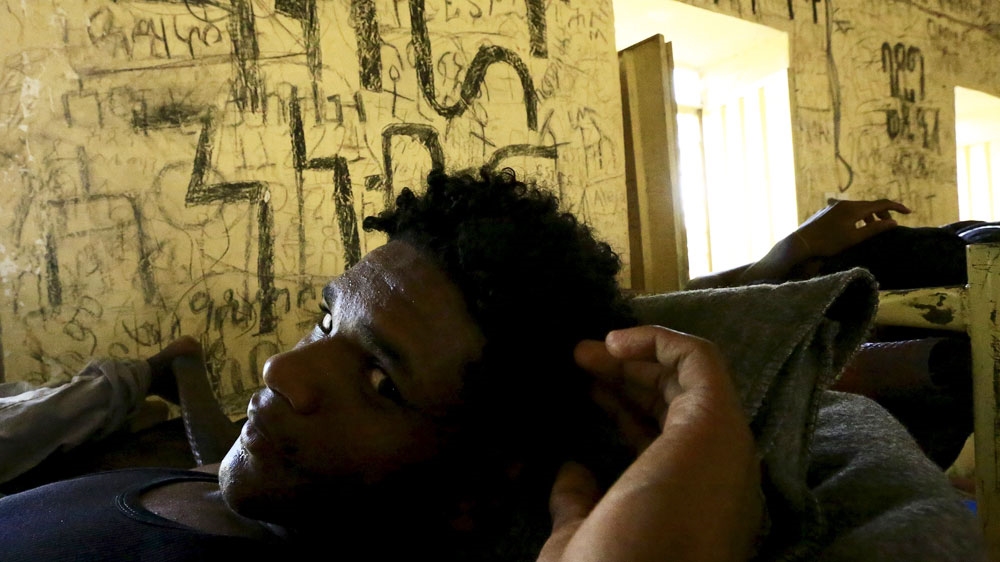 “Is it worth risking my life for?” my young cousin, an Eritrean refugee in Sudan, asked me.

Our telephone conversation took place the day after a boat sunk off the coast of Libya in August, killing more than 200 people. Terrified he would take the Mediterranean route, I called, as I did following the drowning of 700 refugees in April.

I always urged him to be patient. Sometimes, though, as I dissuade him, I wonder if I am selfish.

I arrived in the UK as a refugee in 1990. I finished my studies, published a novel, started a family. My cousin, forced out of school, drives a rickshaw. He looks after his mother and sisters. Their future depends on him. If he gets to Europe, he believes, he will help them better. But there is a chance he won’t make it alive.

More than 2,000 people have died this year so far in the Mediterranean, the International Organisation for Migration (IOM) estimates. That a country as small as Eritrea (five million people) makes up the third largest group of the 137,000 people who crossed the Mediterranean Sea in the first 6 months of this year alone, tells its own story.

But these are not just numbers. These are our families.

To those who decry Eritreans for risking theirs and children’s lives, I retort with an Arabic saying: A hand in water is not like a hand in fire.

I’d also share an anecdote of the last time I visited Sudan in 2010, when I joined a group of youth, as a businessman who doubled as a smuggler of tea. That evening, we sat around Warda, a 17-year-old Eritrean teamaker, one of many who dotted the streets of Khartoum. Behind her, an Eritrean boy was on the lookout. Some didn’t have papers, and they craved for a moment of rest.

Europe quickly came up in the discussion, like an oasis in which they whiled away for a reprieve from this heat and hardship. “Your life will begin once you get there,” one smuggler said, though he preferred to call himself “a dream maker”.

He helped refugees cross the desert into Libya. He was just a small chain on the long journey to Europe.

I noticed a glint in Warda’s eyes. Tortured after her first attempt to flee Eritrea, abused by a Sudanese policeman to get the permit to Khartoum, she could already picture a different life.

I was two when we fled to Sudan in the late 1970s. I consider myself partly Sudanese. I noticed a shift though towards Eritrean refugees from my time there. But I believe leaving poor countries like Sudan to deal with refugees for long without sufficient aid or comprehensive resettlement policies strains relationships.

“Europeans are loving people,” the smuggler said to his companions. “They treat their dogs better than our governments treat us.”

Some in the gathering observed that in contrast the Eritrean government – if they could – would actively cram as many as possible onto boats to increase their income.

Ironic maybe, but remittances, including the two-percent tax levied on Eritreans abroad, are the main source of the country’s foreign exchange; 38 percent of the country’s gross domestic product.

No wonder rumours abound that the impoverished Eritrean government itself is part of the smuggling network. Though it denies this, it certainly seeks their assistance thereafter.

But here is another, equally damning irony: Just as the Eritrean diaspora began to exploit their sizable financial influence to exert pressure on the government back home to bring about human rights improvements by withholding tax contributions, the EU increased its bilateral aid.

The sole purpose of this assistance, around $350m over the next five years, is to stem the exodus of refugees. The root causes of why people flee are not addressed. Democratic ideals are sacrificed to keep refugees out. As a proud European citizen, my rights are enshrined here, but those of my family are tradable.

It is from this country – deemed safe enough by the UK to send back its refugees – that 5,000 still flee every month.

Behind these absurdities our families live – oppressed at one end, considered a burden on the other. Still, they march across the desert. They arrive at the gate of the sea. Among them are my relatives – parents and their children.

I search the news. I see images of shattered boats, of floating orange jackets. The worry intensifies.

We were supposed to be free in 1991, return home from the camps. But under the Mediterranean Sea, there is a new camp now expanding every day.

“Many more are leaving,” my cousin said. “Even Warda left to Libya.”

“Have you heard from her?” I asked.

I try to avoid my cousin turning into a piece of news. Like the smuggler, I too put the nuance of life in Europe aside but exaggerate its negatives.

“Habibi Sulaiman, I understand,” my cousin retorted. “But would you swap your life for mine?”

Sulaiman Addonia is a novelist. He spent his early life in a refugee camp in Sudan, and in his early teens he lived in Saudi Arabia. He arrived in the UK in 1990 as an underage immigrant.

The post For refugees, hope is ever-present in Europe appeared first on African Media Agency.