Four Ethiopian bloggers who were detained in April 2014 have been acquitted of terrorism charges by a court in the capital Addis Ababa. 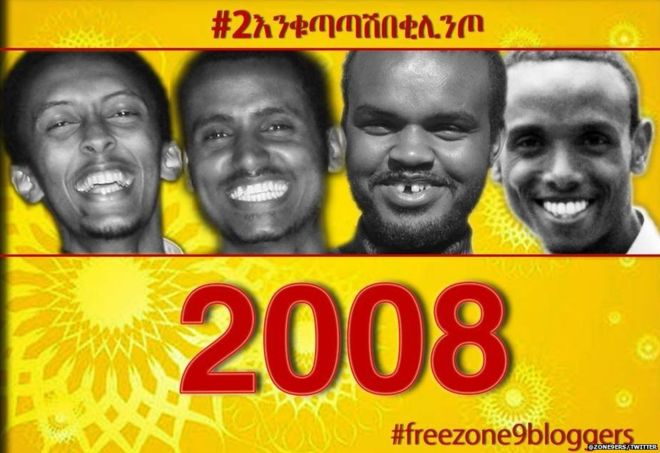 Friends and family reportedly wept and celebrated after the verdicts were announced in court[/caption] The decision means that terror charges have been dropped against all nine of the so-called Zone 9 bloggers, after five were cleared and released in July. Their case inspired a sustained online campaign for their release by activists in Ethiopia and beyond. Ethiopia has frequently been criticised for its record on human rights. The Zone 9 website had carried pieces critical of the government. Three of those cleared are expected to be freed from custody on Friday, AFP news agency reports. Befeqadu Hailu, one of the four acquitted of terrorism charges, still faces charges of inciting violence Ethiopian human rights activist Mesfin Negash, who has been in touch with the bloggers’ families, told the BBC. The courtroom was crowded with friends and family, with many crying as charges were dropped, AFP reports. *BBC]]>