Ministry of Mines, Industry and Energy will launch bidding round in 2016

Following the success of its 2012 and 2014 bidding rounds, the Ministry of Mines, Industry and Energy of Equatorial Guinea has announced it will launch a new bidding round for all remaining deep and ultra-deepwater blocks in 2016. Two operators have confirmed they will further explore prospects in Equatorial Guinea in 2016: RoyalGate Energy will drill Block Z and Brazil’s G3 Oleo e Gas will drill Block EG-01. 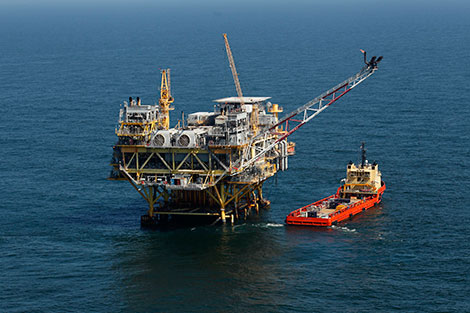 “In a sustained environment of low oil prices, Equatorial Guinea continues to be attractive for deepwater exploration,” said Minister of Mines, Industry and Energy H.E. Gabriel Mbaga Obiang Lima. “The start of two more exploration drilling campaigns in 2016 reinforces the fact that our contract terms are competitive and appealing to international explorers.” The Minister also stated that the production sharing contract for the Zafiro field, operated by ExxonMobil, will not be extended. ExxonMobil has been active in Equatorial Guinea since 1995 as operator of offshore Block B, which contains the producing Zafiro field. ExxonMobil holds a participating interest of 71.25 percent, GEPetrol has 23.75 percent and the Equatorial Guinea government holds the remaining 5 percent. The Ministry will not approve the sale of Hess Corporation’s producing offshore assets in Equatorial Guinea to foreign bidders. The US company operates the Ceiba and Okume fields, which began production in 2000 and 2006, respectively. It also states it is not willing to approve Noble Energy’s Carla and Diega developments in Blocks O and I due to project delays. The Carla discovery was made in 2011 and Diega was discovered in 2010. “The government of Equatorial Guinea is committed to promoting competitive exploration, contract sanctity and local content compliance,” said H.E. the Minister. “We intend to create greater opportunities for explorers in the country, including our national oil and gas companies GEPetrol and SONAGAS, which should play a greater role in the petroleum sector.” *APO]]>