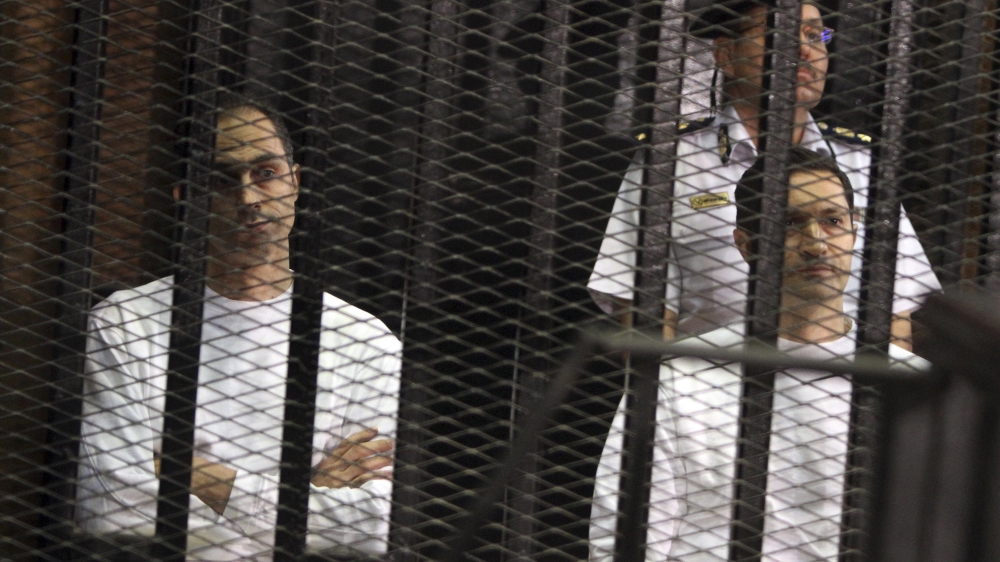 A court has ordered the release of the two sons of former Egyptian President Hosni Mubarak, taking into account they have completed their three-year sentences on corruption convictions.

The brothers are expected to walk free later today or tomorrow after the Cairo Criminal Court announced its verdict in the multi-million dollar embezzlement case on Monday.

Alaa and Gamal Mubarak were convicted of embezzling state funds allocated for the renovation of Egypt’s presidential palaces.

The brothers still face trial on insider trading charges, however, with the next hearing due October 17.

Their release is likely to present a dilemma for President Abdel Fattah el-Sisi, a former army chief whom opponents accuse of reviving Mubarak-era autocratic practices.

“The perception is that those who were responsible for major economic crimes and human rights violations under Mubarak’s dictatorship are being slapped on the hand,” said Sahar Aziz, professor of law at Texas A&M School of Law, speaking to Al Jazeera, “whereas those who attempted to overthrow the regime…are being heavily penalised.

Former President Mubarak, who ruled Egypt for 30 years, was convicted in the same case, in which the trio was charged with spending more than 100 million Egyptian pounds ($12.8m) of state money on their private residences.

Mubarak was ousted from power in February 2011 after 18 days of nationwide protests demanding his removal. Two months later, his sons were detained.

The brothers were released in January this year after the initial verdict was overturned. They were jailed again after the conviction was reinstated on retrial in May.

Hosni Mubarak was ordered released as he had already spent three years in pre-trial detention. He still faces a final trial on charges of responsibility for the killings of demonstrators during the 2011 uprising.