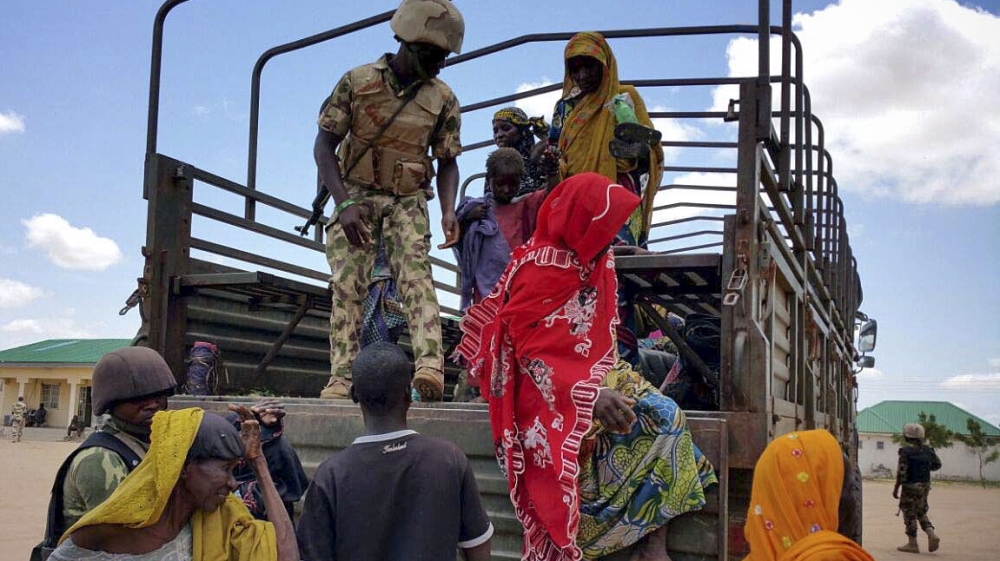 At least 18 people have been killed and dozens more injured in attacks in Nigeria, according to police.

In addition to the deaths, dozens more were injured in the three separate suicide bombings carried out across Damaturu, the capital Yobe state in northeast Nigeria, police told Al Jazeera.

The blasts targeted a mosque, a shop and a Fulani settlement on the city’s outskirts.

The blasts came after Boko Haram fighters this week claimed to have carried out three suicide attacks on the outskirts of the capital, Abuja, last Friday that left 18 dead and 41 injured.

Suspicion will probably fall on the armed group, who have repeatedly attacked Damaturu during their six-year insurgency.

Last month, a girl thought to be aged 12 killed six and injured 47 when the explosives she was carrying went off outside a bus station in Damaturu.

Boko Haram has reverted to attacking “soft” civilian targets after last year’s land grab that saw it seize towns and villages across Yobe and neighbouring Borno and Adamawa states.

Nigeria’s military has claimed a series of successes against the insurgents and, on Wednesday, claimed to have killed scores during clashes with troops south of Damaturu.

Colonel Sani Usman, Nigerian army spokesperson, said fighters attempted to attack a battalion of soldiers in Goniri, about 60km by road southeast of Damaturu, in the early hours of Wednesday.

“During the encounter our gallant troops successfully repelled the attacked and inflicted heavy casualty on the invading terrorists as all of them were killed,” he said in a statement.

“On the last count over 100 terrorists bodies were seen.”

Seven soldiers were killed and nine others injured in the fighting, which also saw troops recover arms and ammunition, including primed improvised explosive devices.

Nigeria’s President Muhammadu Buhari has set his military commanders a three-month deadline to early November to end the violence, which has left at least 17,000 dead since 2009.

But he has conceded that bomb and suicide attacks in urban areas could continue.

More than 1,260 people have been killed since he took office on May 29, according to an AFP tally.

On Tuesday, 11 soldiers were killed and 13 injured in a Boko Haram attack on Chadian positions across the border.

At least 17 insurgents were also killed in the pre-dawn strike, Chad’s army said.

Suicide attacks on Sunday in the city of Diffa, in southeast Niger, killed a gendarme and five civilians.