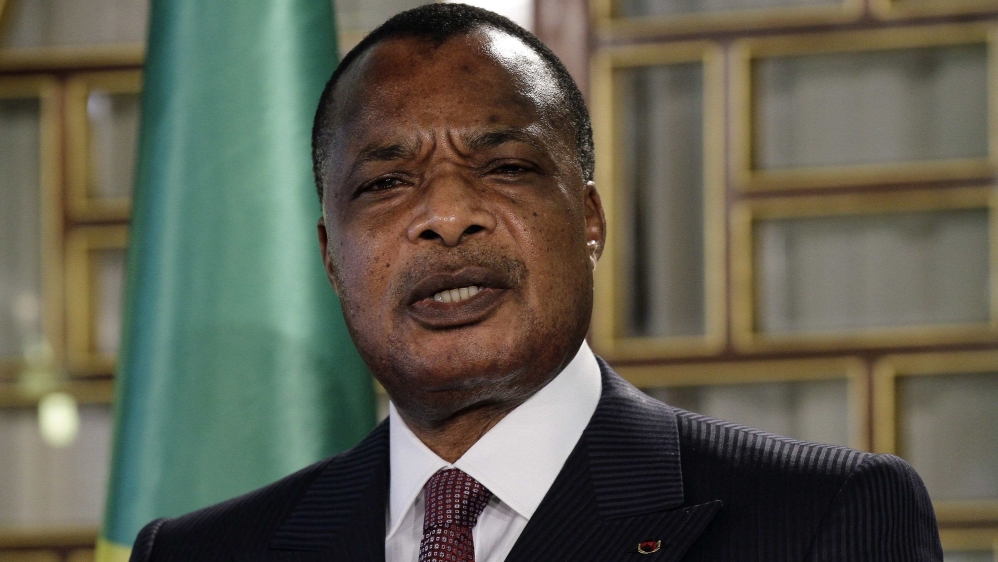 Congolese demonstrators have clashed with police firing tear gas and warning shots as they protested against the president’s bid to extend his 30-year stay in office.

Witnesses said on Wednesday that police had been stationed across the capital of Brazzaville to disperse demonstrators, who burned tyres and erected barricades.

After a day in which four people were killed and 10 hurt in clashes, dozens of young people took to the streets as security forces fired them with tear gas grenades to hold them back.

President Sassou Nguesso, 72, cannot run for a new term because of his age and the fact he has already served two seven-year terms.

Speaking late on Tuesday, Interior Minister Raymond Mboulou said the unrest – which he described as an “organised and coordinated insurrection” targeted “symbols of the republic, such as the headquarters of the police or the gendarmerie.

Opposition leader Pascal Tsaty Mabiala called for a “peaceful revolt” against the referendum scheduled for Sunday, according to Radio France Internationale.

The constitutional reform would remove age and term limits preventing Nguesso from seeking a new term in office in the 2016 elections.

Nguesso has ruled Congo-Brazzaville since 1997. He previously served as president between 1979 and 1992.

US State Department spokesman John Kirby called on Nguesso to postpone the referendum.

Last Saturday, tens of thousands of the president’s supporters staged a rally in favour of the constitutional changes.