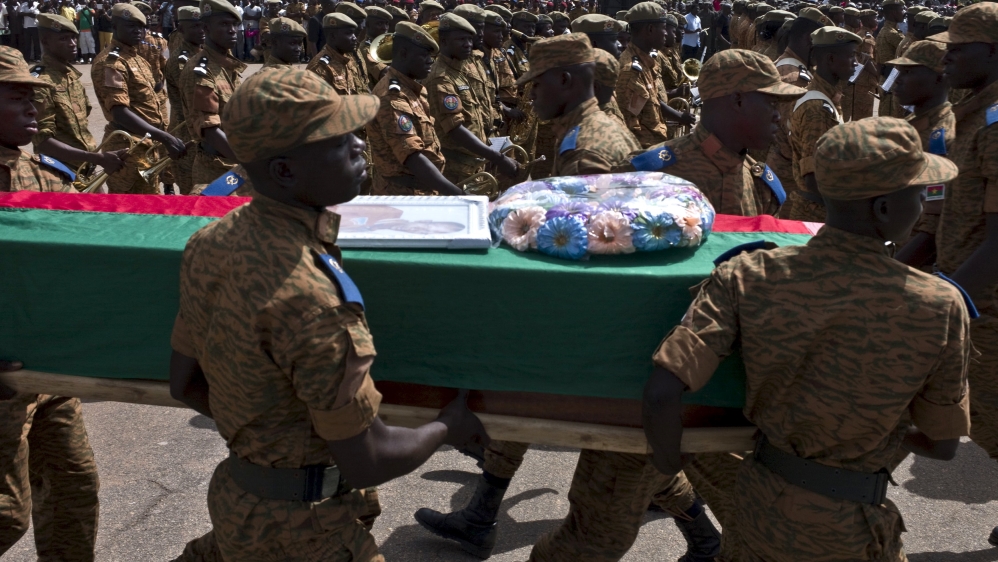 Burkina Faso’s military said that a general accused of leading a failed coup last month would be prosecuted on an array of charges, including “crime against humanity”.

“Eleven charges have been filed” against General Gilbert Diendere, “notably crime against humanity”, Sita Sangare, the colonel in charge of military justice, told a press conference on Friday.

Related: Why are coups common in Africa?

Diendere is accused of leading a power grab by presidential guards loyal to ousted head of state Blaise Compaore on September 17.

The Sahel country was brought to the brink of chaos for six days before the putsch collapsed, with its leaders admitting they lacked popular support.

The presidential guard has since been disarmed and formally disbanded.

According to government figures, 14 people were killed and 251 injured in the unrest.

The country’s interim government has said that presidential and parliamentary elections initially set for October, but delayed by the failed coup, would go ahead on November 29.

Amnesty International said on Wednesday that “whilst General Gilbert Diendere, who led the coup, and General Djibril Bassole, former Foreign Minister, have been arrested and charged with crimes including attacking state security and murder, members of the Regiment de sécurité présidentielle (RSP) are being reintegrated into the national army,” adding that “none of those killed had been armed or posed any threat to the security forces.”

In a related development, the government has also said it was setting up a defence council and a national intelligence agency.

The two bodies would “allow better management of the country’s defence and security,” the government said. In another security measure, it banned vehicles with tinted windows and improper paperwork from the roads.

Security has been beefed up on main roads since the coup and an attack last week in the town of Samorogouan, western Burkina Faso, in which three gendarmes and a civilian were killed.

Residents of a nearby village found explosives that belonged to the attackers, said the government, which had earlier blamed leaders of the failed coup for the attack.