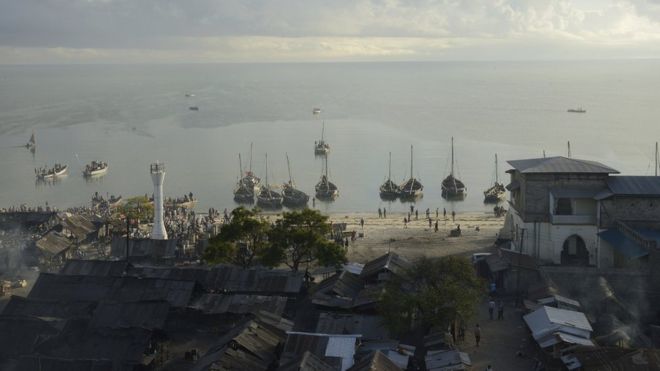 Tanzania has begun building what it says will be the biggest port in East Africa, in the coastal tourist resort of Bagamoyo.

It is hoped the new facility will handle double the capacity of the one in Dar es Salaam. The project will cost about $11bn (£7bn), with much of the funding for construction coming from a government-owned Chinese investment firm. It will take two years to complete, and includes building rail and road links. The BBC’s Alice Muthengi in Dar es Salaam says officials hope the new port will not only transform the economy of the sleepy tourist town, but also put the country in good stead to compete for regional business, especially with neighbouring Kenya. It should be able to handle 20 million containers annually, she says. 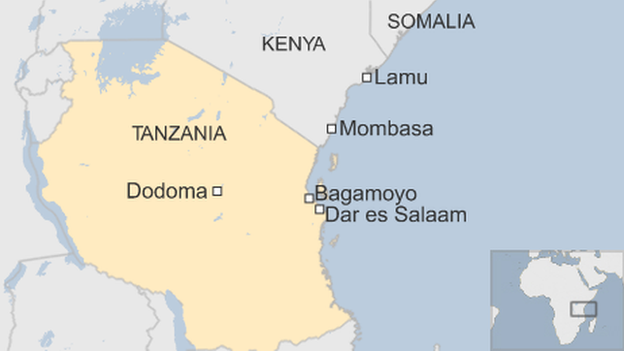 Kenya’s Mombasa port is currently being upgraded and it is also building a huge facility at Lamu, including an oil refinery near its border with Somalia. Bagamoyo, which is 75km (50 miles) up the coast from Dar es Salaam, is the home town of outgoing President Jakaya Kikwete, who laid the foundation stone. The project is being funded by China Merchants Holdings International and Oman’s State Government Reserve Fund. Bagamoyo was the original colonial capital of German East Africa and during the slave trade was a major holding centre before slaves were transported across to markets on the island of Zanzibar. *Source BBC]]>