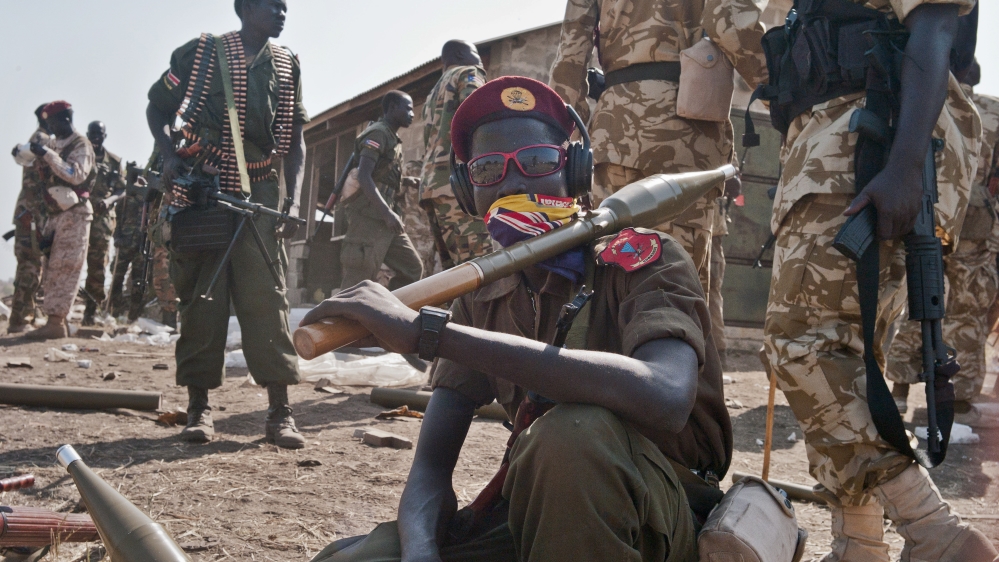 African Union (AU) investigators have discovered mass graves in South Sudan and found evidence of killings, rape and forced cannibalism, according to a new report.

Released late on Tuesday, the AU report also accuses President Salva Kiir’s faction in the conflict of recruiting and arming an irregular tribal force before the outbreak of war in December 2013.

The AU also disputes that there was a coup attempt that same month by former Vice President Riek Machar.

Witnesses of violence in the capital Juba recalled the “mutilation of bodies, burning of bodies, draining human blood from people who had just been killed,” the report said.

Others were forced “to drink the blood or eat burnt human flesh”.

Government troops carried out organised killings of members of the ethnic Nuer in Juba, the capital, the report said.

When violence broke out, Machar, a Nuer, became a rebel leader.

He and Kiir, an ethnic Dinka, recently signed a peace agreement.

Tens of thousands of people have died and an estimated two million have been displaced as a result of the fighting.

According to AU investigators, who were led by former Nigerian President Olusegun Obasanjo, the conflict began on December 15, 2013 as clashes broke out between Dinka and Nuer soldiers of the presidential guard following political tension between Kiir and Machar, who had been fired as Kiir’s deputy the previous July.

The report was scheduled for release months ago but its release was delayed by the AU’s Peace and Security Council.

Hundreds of Nuer men were rounded up and shot, and mass graves were discovered.

Perpetrators – described as government forces or their allies – allegedly tortured their victims, including by forcing them to jump in fires or eat human flesh, according to the report.

The killings were “an organised military operation that could not have been successful without concerted efforts from various actors in the military and government circles,” the findings said.

“Roadblocks or checkpoints were established all around Juba and house to house searches were undertaken by security forces.

“During this operation male Nuers were targeted, identified, killed on the spot or gathered in one place and killed.”

The report said that Minister of Defense Kuol Manyang Juuk described a shadowy group called “Rescue the President” that killed people in Juba on December 15-18 and “was even more powerful than organised forces”.

The group comprised some Dinka soldiers who had been mobilised following a 2012 border crisis with northern neighbour Sudan.

Some of these soldiers were moved south to Kiir’s private farm near Juba in 2013, and later participated in the killings, the report said, citing interviews with informants.

Amid the Juba killings, Machar fled the capital and mobilised an armed group which committed revenge attacks against the Dinka, sparking a cycle of violence in Bor, Malakal and Bentiu towns – which also included rape and murder of people in churches and hospitals, according to the report.

Those revenge attacks occurred so quickly they were also likely coordinated, it added.

Kiir and Machar signed a peace agreement in August but fighting continues.