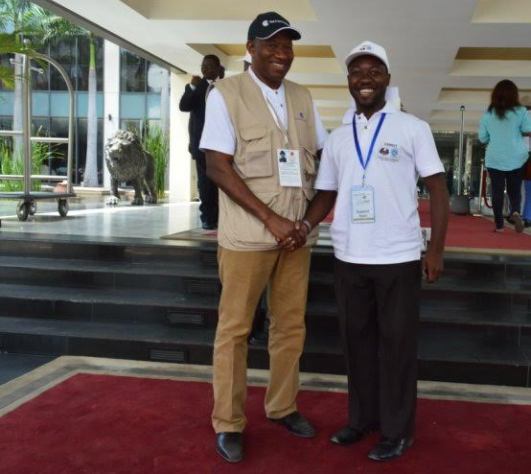 Former Nigerian President Goodluck Jonathan led the Commonwealth Observer Mission[/caption] The African Union (AU) Commission Chairperson, Dr. Nkosazana Dlamini Zuma congratulates the governments and the peoples of both the Republic of Côte d’Ivoire and the United Republic of Tanzania for holding serene and peaceful elections on 25 October, 2015. The AU Commission Chairperson said the massive participation by the Ivoirians and Tanzanians in the general elections reflects their understanding of the importance of exercising their civic duty and fundamental rights. It is an indication of the maturation of the democratization process on the continent. The regularity of conducting elections in African countries, and the active citizen engagement in electoral processes clearly demonstrate the citizens’ commitment to upholding the principles enshrined in the African Charter on Democracy, Elections and Governance. This commitment enhances prospects for peace, political stability and development in Côte d’Ivoire and Tanzania. It is adequately indicative that through the ballots, the guns will be silenced by 2020. As the votes are being counted, the AU Commission Chairperson calls on all  Ivoirian and  Tanzanian stakeholders to respect the voice of the electorate, to remain calm, with the same serenity they demonstrated on the day of the voting. She urges all political actors to always put the interest of their country above all other interests. The AU Commission Chairperson also reiterates the need for stakeholders in Côte d’Ivoire and Tanzania to resort to officially recognised peaceful disputes resolution mechanism, should there be any election-related disputes. *AUC/APO]]>