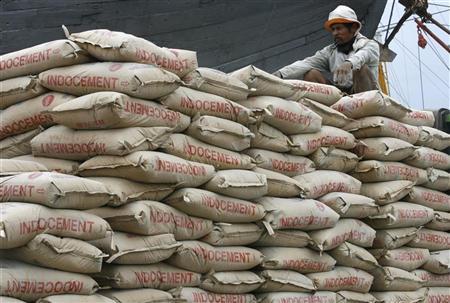 The Chief Executive, Dangote Industries Limited, Alhaji Aliko Dangote has said the firm would build cement plants in 18 African countries, including Nepal in Asia to make the continent import-dependent free. A statement by the company on Sunday said Dangote made the announcement at the commissioning of 3.0 million metric tonne per annum (MTPA) cement plant at Mgao Village, Mtwara, Tanzania. He said the entire Africa firms, which would produce more than 80MTPA of cement, was to make Africa an export continent rather than import-dependent . He said the cement plant, which was the largest in Africa after Nigeria, was to stimulate the continent’s growth and create more jobs for its huge population. According to him, it is time Africans take their destiny in their hands by investing their huge resources in their fatherland. Dangote said the firm was located in Tanzania because of abundant natural raw material that would keep the firm on for more than 49 years and the country’s steady economic growth. For the host communities, he said the company had given out a 500,000 dollar grant to the active poor to start business of their own while schools and markets would be built in the various communities. He lauded President Jakaya Mrisho Kikwete for providing the enabling environment that made the project possible. “ A key factor that drives investments in an economy is the presence of an investor-friendly business climate.Indeed, Tanzania is one of the most attractive investment destinations in Africa. “This is attested to by the substantial amount of foreign direct investments (FDI) that flows into the country, annually. “The economic reforms in Tanzania, especially in tax, public sector, financial sector, innovations in rural finance, telecommunications and infrastructure as well as revamped legislative frameworks, have produced an enabling environment that has further provided a platform for future growth. “All these factors made us consider investing in the country. “We hope to see more foreign investors take advantage of these opportunities and invest in other sectors that will have multiplier effects on the Tanzanian economy. “The Tanzanian economy has been growing rapidly over the last few years. GDP growth rates have averaged 7 per cent per annum. “The World Bank predicts that Tanzania can maintain this impressive growth over the next five years if the government continues to spearhead these laudable reforms. “This attests to the success of Ujamaa (African Socialism) that Tanzania has vigorously championed.’’. He said Tanzania had an abundance of limestone, a major input for the production of cement, adding that the abundance of this vital raw material encouraged the citing of the project. “With our Mtwara plant in full production and local production of cement in excess of demand, there will be no further need for the country to expend scarce foreign exchange on clinker and cement importation. “We are here to create wealth and provide jobs for Tanzanians. “In fact, one of our key strengths lies in our ability to understand the peculiar needs of Africans and how to do business successfully on the continent. “That is why we have made Africa the centerpiece of our multi-billion dollar investments. “We believe that it is only Africans who can develop Africa. We are also motivated to create an African success story because we believe that entrepreneurship holds the key to the future economic growth of the continent. “As a growing continent, the developmental challenges of Africa are quite enormous and require concerted efforts to overcome them. “This is why private companies should complement the government’s efforts. “It is in this light that we are here to contribute our own quota to transform the Tanzanian economy’’. He said the listing of Dangote Cement Plc on the Nigerian Stock Exchange (NSE) in October 2010, made it the biggest listed company not only in Nigeria but also in West Africa. “We plan to do a listing in London and Johannesburg in the near future. Our intention is to consolidate our cement assets into one company that will have the scale and resources to compete globally’’. Kikwete lauded Dangote for boosting the economy of Tanzania, adding the investment was the largest the country had ever received from an African. Dangote Cement has so far built and commissioned cement plants in Nigeria, Ghana, Cameroon, Zambia, Ethiopia, while that of Senegal and South Africa will be commissioned before the end of the year