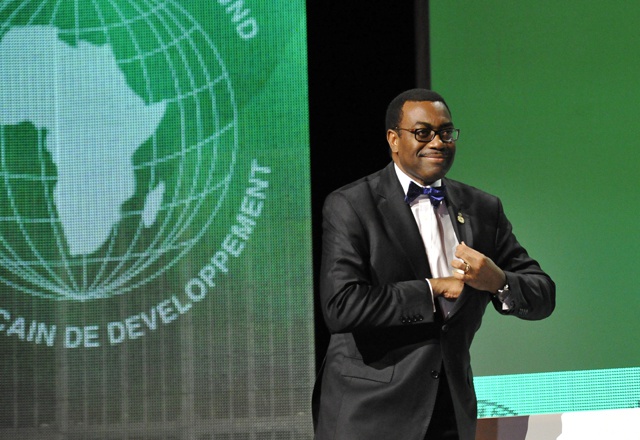 African Development Bank Group (AfDB) President Akinwumi Adesina delivered the special keynote address at the first G20 Energy Ministers meeting held in Istanbul, Turkey, on October 2, 2015. The meeting organized under the theme “Inclusive Energy Collaboration: Delivering on the G20 Principles” was officially opened by Recep Tayyip Erdogan, President of Turkey, under the aegis of Turkey’s current G20 Presidency. President Erdogan emphasized the role of public-private partnerships in attracting investments to solve the infrastructure challenges. In this regard, he stated that “the key issue is not financing, but earning the trust of the private sector”. In his keynote, President Adesina thanked the Government of Turkey for its vision and leadership in choosing energy access in Sub-Saharan Africa as a focus theme for the G20. He went on to underscore the critical role of energy access for Africa’s sustainable development, and highlighted the negative impact that the of lack of energy access is having for millions of Africans – children not being able to study with “over 90% of the primary schools not having electricity”; businesses and industry not being able to operate effectively or competitively; and 600,000 people – mainly women and children – dying every year from pollution because they don’t have access to clean cooking energy.” This situation is no longer acceptable for Africa, he told the Ministers gathered at the meeting. It is even less acceptable given Africa’s huge energy potential, both renewable and conventional, and with “Africa having an opportunity to lead a renewable energy revolution.” President Adesina stressed that “we must make access to electricity a democratic human right” and called on leaders to “take bold steps, think differently and act with a greater sense of urgency.” This is why the AfDB has launched the New Deal on Energy for Africa to fast-track universal access to energy. He commended the G20’s focus on energy access in Sub-Saharan Africa and the adoption of the Action Plan on Energy Access in Sub-Saharan Africa by the G20 Energy Ministers. The Action Plan outlines several critical areas for addressing the energy access: strengthening the policy and regulatory environment, the importance of technology development and deployment, the mobilization of investment and finance at scale, capacity-building, regional energy sector integration, coordination and collaboration. While highlighting the objective of the New Deal on Energy for Africa to fast-track universal access to energy by 2025, President Adesina reaffirmed the commitment of the African Development Bank to “work hand-in-hand with our partners to increase the level of aspiration and investment in Africa’s energy sector,” building on the success of key initiatives such as President Obama’s Power Africa Initiative and in the Bank’s capacity as host of the Sustainable Energy for All (SE4All) Africa Hub. The G20 Action Plan on Energy Access in Sub Saharan Africa will be an important contribution to the transformative partnership on energy for Africa that the Bank will be launching. *AFDB]]>