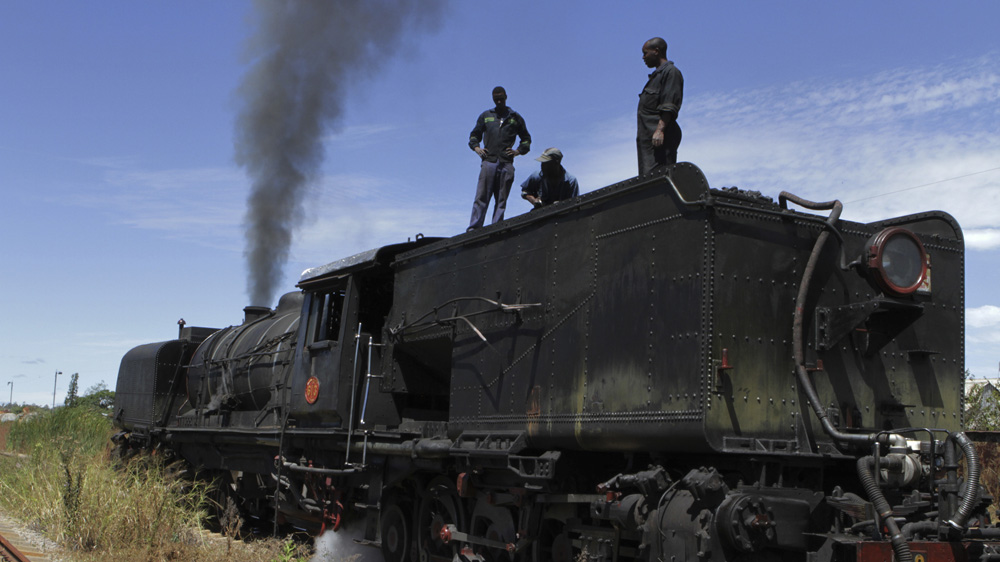 As lunchtime approaches, the dismissed workers grow restless and Gilbert Ndlovu, the grey-haired human resources manager of the National Railways of Zimbabwe (NRZ), takes a final round of angry questions from those laid off in a recent wave of controversial dismissals.

Without much success, Ndlovu tries to reassure the gathered group of more than 100 ex-workers that he will communicate their many grievances to NRZ’s board and meet with them on September 14.

After a landmark Supreme Court ruling on July 17 allowed companies to terminate employment without benefits. The struggling state enterprise NRZ fired an estimated 600 people with barely a few days’ notice.

But on August 26, Zimbabwe’s colonial-era law was amended allowing workers to receive compensation of two weeks’ worth of wages for each year served. Nevertheless, up to 20,000 people nationwide are thought to have lost their jobs.

While employers could be compelled to reinstate the terminated employees, workers say the amendment will do little to help, as many companies, such as NRZ, have a huge bill of outstanding salaries to settle.

Former employee Linda Masarira, 34, said the night of August 7 is one she finds hard to forget. That was when she received her dismissal notice after nine years of employment. Based in the eastern city of Mutare, she had worked as a special train guard for the railway, accompanying the engineer, and reporting problems with the train or tracks.

“The letters came at night and it was not a secretive process at all. They were just delivered to people’s houses, and some of us live with our landlords who then learned of our termination,” Masarira recalled.

“What NRZ did was very insensitive and inhumane. How can someone just be told they mustn’t come to work the next day, without knowing when they’ll be paid what they’re owed?” she told Al Jazeera.

On the same evening, train drivers Innocent Mupanganyama, 35, and Anderson Manyora, 34, were also notified of their immediate termination after 15 years of service in Bulawayo, the southern industrial city where NRZ is headquartered.

Both say they earned a basic salary of $851 a month, but their pay arrears date back 11 months and they claim they are owed more than $9,000 each.

“Life is really tough now and we need something substantial so we can start our lives over. NRZ tells us they don’t have the money to pay us, but they have assets that they can liquidate or they can give us housing stands [urban plots of land],” Mupanganyama said.

Manyora said he was in a bind, because his ex-employer withdrew its guarantee for his bank loan. “Now my bank demands the total amount of my loan is repaid, or I provide a letter indicating when my outstanding salary will be paid,” said Manyora.

Although President Mugabe spoke out against mass dismissals in a recent state of the nation address, retrenchments have been carried out by state-owned entities such as the national airline, Air Zimbabwe, the Grain Marketing Board, and Sino-Zimbabwe Cotton, a joint venture between the government and a Chinese corporation.

Job losses have also occurred at several town councils including Harare, the capital, and Chitungwiza, an outlying district, where more than 200 people were fired, resulting in workers demonstrating to get their salary arrears.

In the private sector, the banking industry reportedly cut more than 2,000 jobs.

Meanwhile, local businesses are struggling because of a liquidity crisis that could plunge Zimbabwe into a recession if growth slows further from 2015’s projected rate of 1.5 percent.

For this reason, Busisa Moyo, president of the Confederation of Zimbabwe Industries, a business lobby, is critical of the recent amendment allowing terminated workers to receive compensation.

“Many don’t have capacity to pay workers, and the amendment could end up negatively affecting workers as companies battle to pay both dismissed and employed workers,” Moyo said.

In response, Zimbabwe’s Minister of Labour, Public Service and Social Welfare Prisca Mupfumira said the government was still measuring the impact of the terminations.

“We’re assessing the extent of job losses and this is a priority for the Bulawayo region, which already has high unemployment. Only when we complete this exercise can we map the way forward,” the ministry said.

At the turn of the millennium, Zimbabwe plunged into crisis when controversial economic policies and seizures of white-owned commercial farms led to the collapse of the country’s agriculture-based economy.

The crisis still affects Zimbabwe, where industry operates at less than 40 percent capacity and more than 80 percent of the country’s $4.1bn budget is spent on salaries.

The mass dismissals have their defenders: Zimbabwe’s minister of industry has said they could be a good thing, and some business groups have also expressed support.

Hoping to revive its economy, Zimbabwe’s government has brokered bilateral agreements with Belarus, Indonesia, South Africa, and China for investment in telecommunications, mining and agriculture.

But even these trade agreements might not be enough to revive the economy of this highly indebted nation.

Since the 2013 election, the economy has steadily deteriorated, and delays or reductions in salary payments have been common.

“And they’ve cut off benefits like retention and shift allowances. They say they want to improve the company’s profitability, but we have no guarantee that things will go back to normal,” Ncube said.

Sithabile Sesedza, 42, a receptionist at a budget hotel, was in the same predicament.

Despite a 30 percent reduction in her salary, she said she would remain in her position. “I’m just grateful to have a job, even though we aren’t getting full salaries,” Sesedza said.

“Things are so tough and I have to think of school fees soon. I don’t know how I’ll manage with this little salary.”