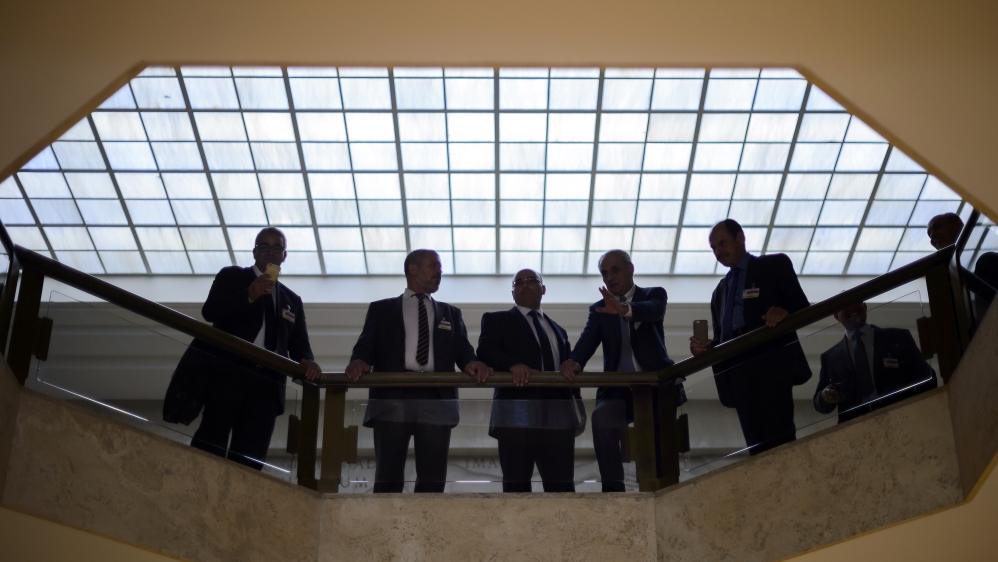 The UN says a new round of talks aimed at ending more than a year of violence and political chaos in Libya has opened in Geneva.

Bernardino Leon, the UN special representative for Libya, was mediating the latest round of talks that opened in the Swiss city on Thursday.

The UN has been brokering talks aimed at establishing a unified government, and the September 3-4 talks are the latest round in long-running peace negotiations.

“The Libyan political dialogue round commenced at the United Nations Office at Geneva,” the UN said in a statement on Thursday.

“All parties invited to the meetings have confirmed their attendance.”

It said Leon “is holding a number of meetings with the parties on Thursday and Friday”.

Libya has two rival parliaments and governments and has been torn apart since the international community helped to toppled long-time ruler Muammar Gaddafi in 2011.

The one in Tripoli, the General National Congress (GNC), is controlled by Libya Dawn forces, while the internationally recognised government operates out of Tobruk, in the far east of the country.

Parties are to present their candidates for the prime minister and two deputies to lead a national unity government and get the country out of its crisis.

The agreement, so far rejected by the GNC, aims to form the national unity government for a two-year transition period to end with parliamentary elections.

The Tobruk-based parliament on Tuesday adopted a list of candidates for the new administration, a press agency loyal to it said on Wednesday.

The 12 candidates include one woman and former foreign minister Abdulrahman Shalgham, it said.

The newly appointed envoys from the GNC government have said they are optimistic about a possible deal, on condition that a draft accord is modified first.

The four-man delegation from the GNC arrived in Geneva on Thursday for the UN-brokered discussions.

The expression of optimism by a new team of envoys marked a rare positive note in a divisive process.

Abdurrahman al-Sewehli, a GNC envoy, said “we are optimistic, that is why we are here,” but said the delegation has not yet presented a list of proposed names for those posts.

He said the party’s priority is to “work out the commitment to the draft agreement”, and said he hoped for a deal “if we can resolve the issue of the amendments” – though he declined to identify the exact changes sought.

The GNC, which had previously rejected the draft accord, held talks on Wednesday with Leon in Istanbul, Turkey.

It had hesitated at attending an earlier round of multiparty talks in Morocco last month where the draft accord was struck because resignations required a new negotiating team.

A meeting with members of the GNC was also expected.

The UN had hoped that the talks would lead to an agreement being signed by September 20, with its implementation to start around October 20.

Leon wants a deal before the mandate of the House of Representatives in Tobruk expires on October 20.

Since the fall of Gaddafi in 2011, Libya has faced tribal warfare and general lawlessness that has led tens of thousands of migrants from across Africa to use the country as a springboard across the Mediterranean to Europe.