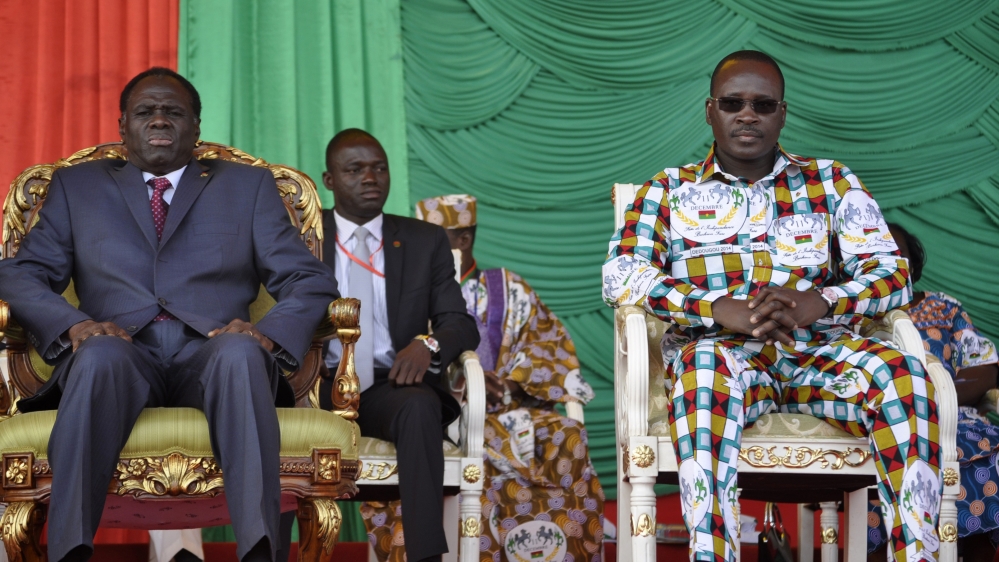 Members of the military showed up at the presidential offices on Wednesday afternoon and barred the transitional leaders from leaving, Achille Tapsoba, who works at the presidency, told the Associated Press news agency.

The raid comes weeks before the country is due to hold elections to replace its longtime leader who was ousted in a popular uprising late last year.

Interim president Michel Kafando and Lieutenant Colonel Yacouba Isaac Zida, the interim prime minister, were tasked with organising the presidential elections on October 11, which many hoped would strengthen the country’s democracy.

Al Jazeera’s Haru Mutasa, reporting from Kinshasa, said members of the international community were already calling on the soldiers to release the cabinet members.

It is not known how many cabinet members are being held.

“They’re saying, whatever your issue is, release these people and then we can talk about it,” our correspondent said.

“It’s not yet clear whether these guards want to take control or power, it could be more to do with the fact (the presidential guard unit) could be dismantled.”

Our correspondent said the guards could fear disbanding the unit might open the way for criminal proceedings against members for abuses committed during anti-government protests last year.

Another source of tension has been an ongoing dispute between the transitional officials and the country’s elite Presidential Security Regiment. The 1,300-strong group has called for the resignation of the interim prime minister, who is a former second-in-command of the unit. He had threatened to disband the group back in December but later reversed course.

Burkina Faso’s military initially had picked Zida to lead the country when it swooped in and took control in the power vacuum after President Blaise Compaore’s resignation.

The international community urged the military to swiftly hand back power or face crippling economic sanctions. Kafando, a former ambassador to the UN, was then chosen as transitional president, and he chose Zida to serve as prime minister.