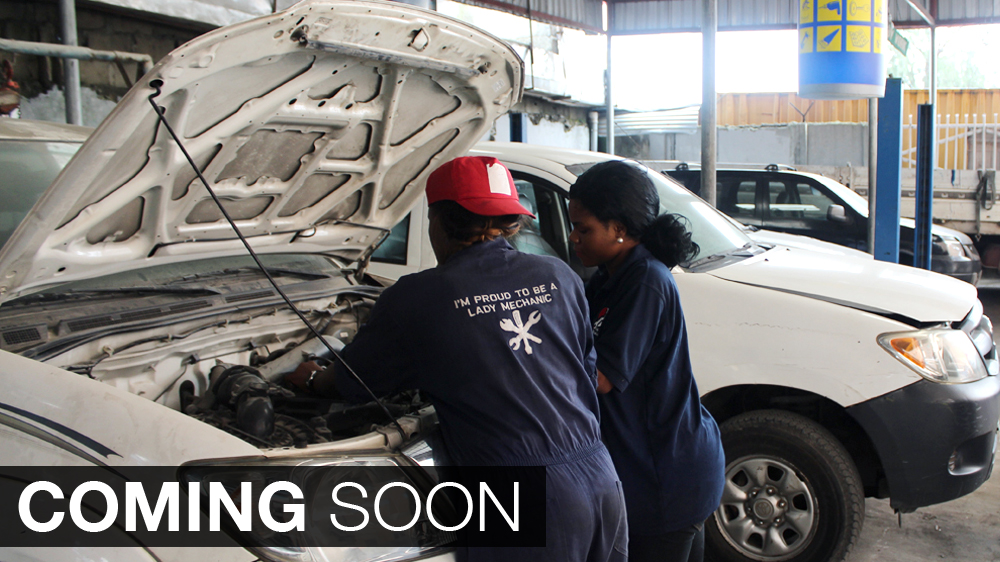 Growing up in a polygamous family in Benin City, her mother actively discourage her from following her dreams, sometimes beating her when she would be out tinkering with an engine instead of doing her chores in the kitchen.

But Sandra is the sort of woman that responds well to adversary. She has now built a network of female mechanics that is spreading from city to city, and training former sex workers, orphans, and victims of trafficking to be mechanics.

“The constraints, the obstacles, the challenges that could have driven me back, they became my opportunity. The future looks bright,” she says.

“Our clients keep coming back – they prefer us because we are determined to be better than a lot of mechanics who take their job and their salary for granted,” she says.

Sandra’s Lady Mechanic Initiative has now spread to the north with its first project in Kano City where the response from Muslim women has been unprecedented.