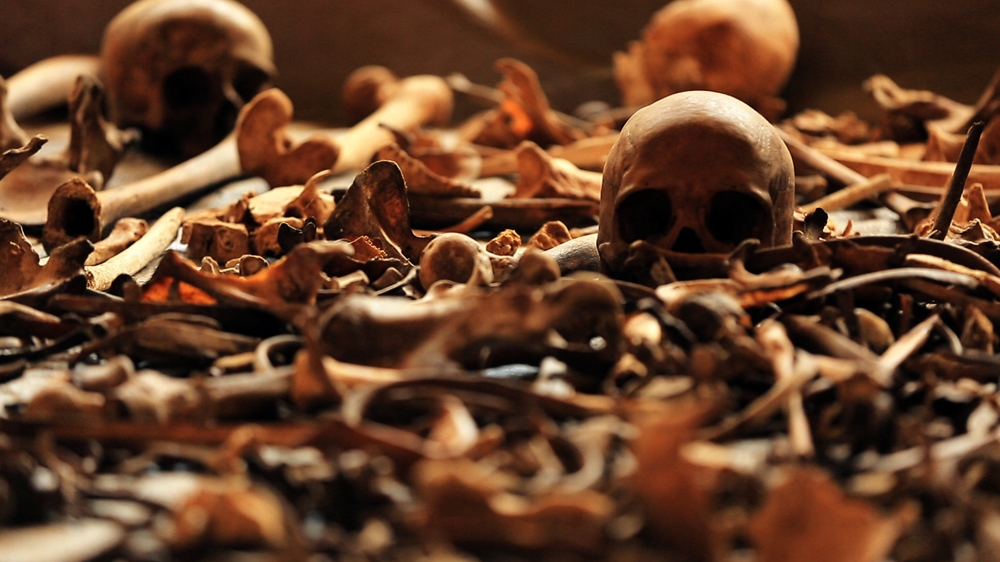 Between April and July 1994, more than 800,000 men, women and children, mostly from Rwanda’s Tutsi minority were slaughtered.

In one of the worst atrocities in recent history, Hutu paramilitaries unleashed a bloodbath, killing every person they could find, as neighbours murdered neighbours.

Sparked by the death of President Juvenal Habyarimana, a Hutu, when his plane was shot down above Kigali airport on 6 April 1994, Hutu extremists seized on his death to exterminate the Tutsi community.

In Rwanda: From hatred to reconciliation , we explore the genocide through the prism of the media, exploring their role – both then and now.

This film explores how the country’s earliest print journals, followed by newspapers and radio, all played a major part in reinforcing prejudices, inciting racial hatred and fanning the flames of violence.

The Catholic church and its journal Kinyamateka, the country’s first periodical, are now seen as playing a vital role in the creation of racist ideology.

Produced in the 1930s under Belgian rule – one of Kinyamateka’s early journalists, Gregoire Kayibanda, would later become the country’s first president after independence.

“[Kayibanda] used to encourage the Hutu to expel the Tutsi or fight them, viciously.” says Jill Bayafra from Rwanda University. “He used to compare them to snakes.”

In the 1960s, radio would become a powerful means to spread hate and when the Rwandan Patriotic Army (RPA), made up of exiled Tutsis, invaded in 1990, Radio Rwanda stepped up its anti-Tutsi propaganda.

At the height of the genocide, it broadcast lists of people to be killed and instructed killers on where to find them.

“Feeling pressured” says Emmanuel Ndaysaba, “I took my sword and joined the militias.”

Twenty years on, and with many of those responsible serving sentences for war crimes, the media now spreads a new spirit of reconciliation – and Emmanuel has since re-visited his violent past: “Driven by my conscience, I confronted those I committed crimes against,” he says.

The post Rwanda: From hatred to reconciliation appeared first on African Media Agency.