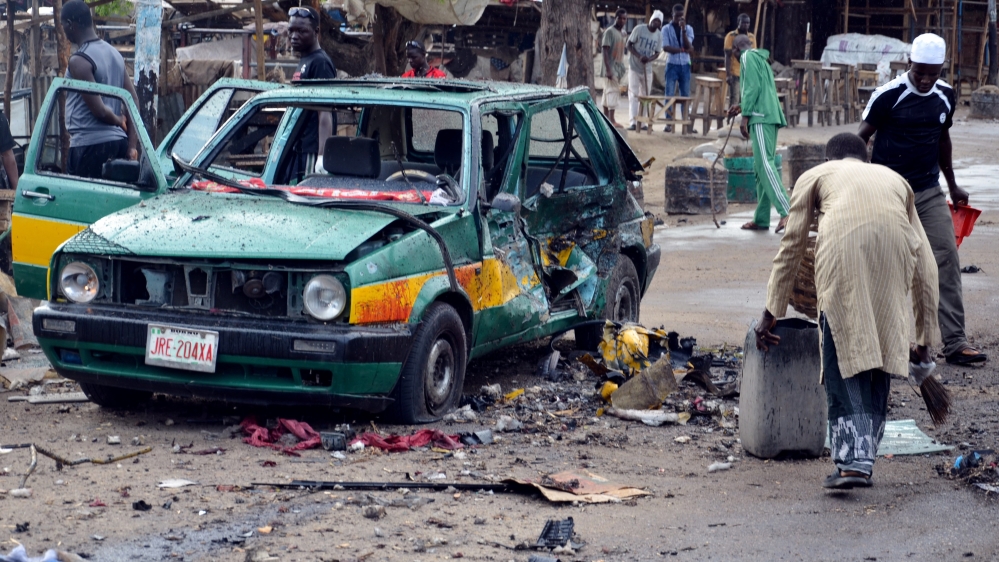 The Nigerian military has temporarily banned all moving civilian vehicles – including bicycles, horses, donkeys and camels – in the northeastern Borno state to prevent armed groups from stepping up attacks during the Islamic Eid-al-Adha holiday.

The ban, which excludes police vehicles and ambulances, follows a string of blasts that killed more than 100 people on Sunday in Maiduguri and Monguno in Borno state.

“All movements using vehicles, bicycles and animals like horses, camels and donkeys in Maiduguri will be restricted from Wednesday 5pm (4pm GMT),” army spokesman Tukur Gusau said in a statement.

“Similarly, all vehicular movements into and out of Maiduguri will also be restricted within the period until further notice.”

The Nigeria Security and Civil Defence Corps (NSCDC) meanwhile announced that 40,000 personnel would be deployed across the country “to provide maximum security” during the Thursday and Friday of the holiday.

Federal police chief Solomon Arase promised “robust security” in “all nooks and crannies in the country”.

Maiduguri, the capital of Borno state, was on Sunday hit by a series of bomb blasts, including at a mosque where dozens of worshippers were killed by a female suicide bomber.

The Borno state police put the death toll at 54 but three sources at two hospitals in the city later said they had received 117 bodies at their mortuaries.

The army blamed the attack on Boko Haram, calling it a sign of “desperation” by fighters as a military counter-offensive squeezed them out of captured territory and camps.

The NSCDC said places of worship, markets and schools would be protected as well as critical infrastructure such as telecommunications masts and oil pipelines.

In a separate development in Borno state, the Nigerian military said on Wednesday it had rescued 241 women and children during raids on camps controlled by the Boko Haram.

They were freed on Tuesday as soldier cleared what the military said were “terrorist camps” near Banki, a town close to the border with Cameroon that has been used by Boko Haram to launch cross-border attacks.

Army spokesman Sani Usman told the AFP news agency that it was not immediately clear whether all of those rescued had been kidnapped by the armed group.

“Screening is ongoing to know their exact status. Some were being held, some belonged to their (the fighters’) families,” he said.