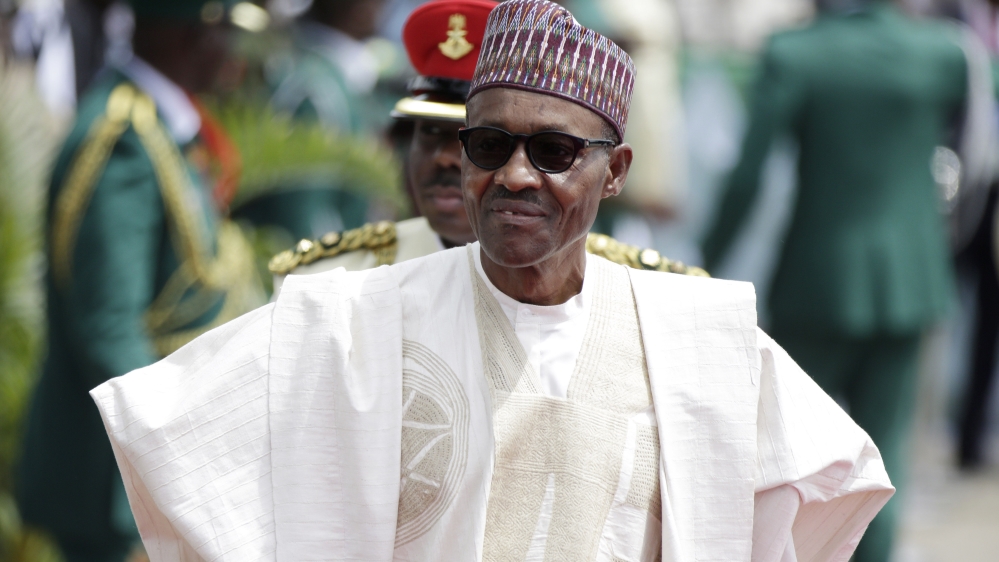 Nigerian President Muhammadu Buhari owns five homes, two mud huts and has $150,000 in his bank account, the presidency said, as the head of state and his deputy honoured a promise to declare their assets to demonstrate transparency.

Garba Shehu, Buhari’s spokesman, said on Thursday that documents submitted by the president to the Code of Conduct Bureau (CCB) showed that Buhari owned shares in Berger Paints, Union Bank and Skye Bank.

The papers also revealed that Buhari also has an orchard, a ranch and farmland on which he keeps 270 head of cattle, 25 sheep, five horses and various birds, Reuters news agency reported.

“The documents submitted to the CCB … show that prior to being sworn in on May 29, President Buhari had less than 30 million naira ($150,000) to his name,” said Shehu, noting that the president had only one bank account.

RELATED: How will Nigeria fare under Buhari?

Buhari, a 72-year-old former military ruler, owed his March election victory in large part to his campaign promise to fight corruption which he estimates has seen $150bn being stolen from state coffers in the past decade.

Taking public office in Nigeria has traditionally been seen as an opportunity for officials to enrich themselves.

Shehu said that documents submitted to the CCB would be made public once the body had checked the declarations made by Buhari and Vice-President Yemi Osinbajo.

Osinbajo, who was a lawyer before taking office, declared a total of about $1.4m in three bank accounts and shareholdings in six private companies based in Lagos.

His assets also include three properties in Nigeria and a two-bedroom mortgaged property in Britain’s Bedford, a town about 80km from London.