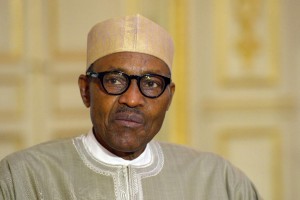 The former military ruler and his government in Abuja said they “unreservedly condemn” the takeover, which saw Burkina Faso’s interim president and prime minister detained with members of the administration.

The takeover by elements of the Burkinabe Presidential Guard was a “brazen contravention of the constitution and transitional charter”, according to a statement from Buhari’s office.

Elections had been due to take place next month, more than a year after former president Blaise Compaore was ousted in a popular uprising.

Nigeria said it supported efforts by regional bloc ECOWAS and the African Union to resolve the crisis and promised its “fullest possible support” to mediators presidents Macky Sall of Senegal and Thomas Boni Yayi of Benin.

Buhari, 72, is a former army general who came to power in a military coup in December 1983, overthrowing a civilian government widely seen as riddled with corruption. He stayed in power for 20 months before being ousted himself in a bloodless barracks coup. He defeated sitting president Goodluck Jonathan in elections in March, scoring the first win by an opposition politician since Nigeria returned to civilian rule in 1999.

He has acknowledged his past as a coup leader but rejected descriptions of himself as a dictator and vowed to operate “under democratic rules”, calling himself a “converted democrat”.

He has also said he would no longer be referred to as “General Buhari”.