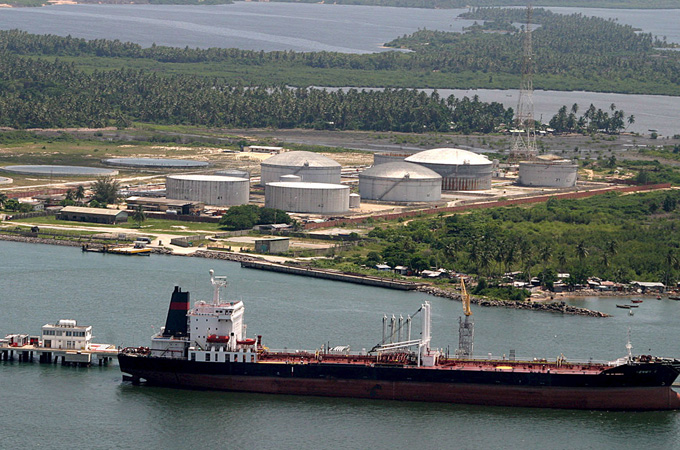 Nigeria’s state oil giant NNPC has announced a plan to deploy drones to monitor the movement of ships in a bid to fight oil theft on the country’s waterways.

The managing director of the Nigerian National Petroleum Corporation (NNPC), Ibe Kachikwu, made the disclosure on Tuesday at a special conference on security in the Gulf of Guinea.

“We are launching an armada of approaches which will include incorporation of drones to check movements of vessels within our territorial waters,” he said, according to an NNPC official statement.

“We are looking at the current logistical nightmares of changing staffing at the loading bay of crude oil export terminals virtually every 90 days”, he added.

Kachikwu said NNPC was also trying to help the Nigerian navy make up for a lack of equipment to carry out patrols.

The moves are expected to end theft within the next eight months, the NNPC statement added.

Kachikwu said that if oil theft was left unchecked, it could make it impossible for NNPC to operate the nation’s four refineries.

He said that between June 2014 and June 2015 nearly 4,000 attacks were made on its pipelines across the country, and that a total of 350 people including NNPC workers, policemen, local community members had been killed by oil thieves in the past three years.

Nigeria will seek the support of the international community, especially from countries that receive the stolen cargoes, as part of the crackdown on oil theft.