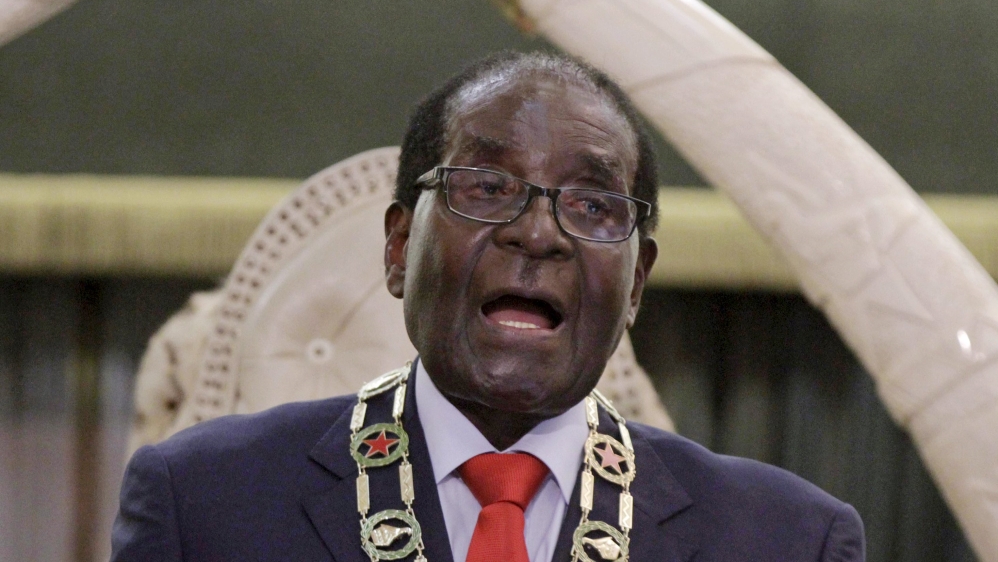 Zimbabwe’s President Robert Mugabe has delivered the wrong speech at the opening of a new session of parliament, repeating an address he gave to the legislature last month.

The 91-year-old leader read the 25-minute-long speech through to the end on Tuesday, apparently unaware that he was delivering the same text he presented during his state of the nation address last month.

“There has been a mix-up of speeches resulting in a situation where… the president delivered the wrong speech,” said presidential spokesman George Charamba.

“The mix-up happened in his secretarial office,” Charamba was quoted as saying in the state-owned Herald newspaper’s online edition.

“The error is sincerely regretted and corrective measures are being considered.”

Mugabe, Africa’s oldest leader, earlier this year fell down the steps leading from a podium. He was unhurt, but video of the fall went viral on social media.

The opening of parliament was also tarnished by claims by opposition legislators that they had received anonymous death threats warning them against booing Mugabe during his address.

Last month, they booed and heckled him during his state of the nation address in parliament, which is the speech he repeated on Tuesday.

“The message is coming from a number which is not reflecting but it’s titled ‘death’,” Gonese told journalists after Mugabe’s speech.

“It warns the members concerned to know that immunity ends at parliament and once they step out of parliament that parliamentary immunity does not operate.”

Gonese said the party, led by Morgan Tsvangirai, is “worried” about the threats to its lawmakers.