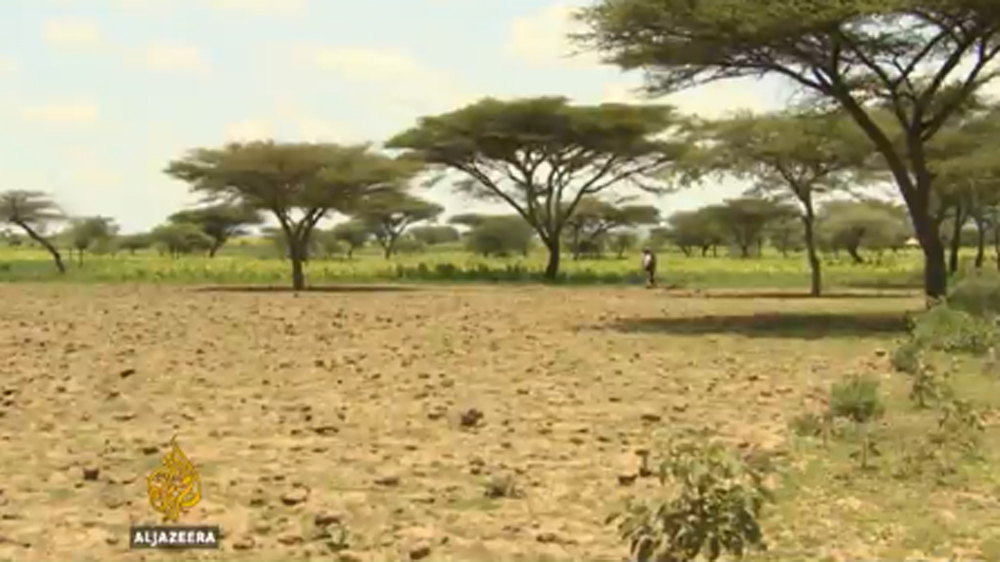 Around 4.5 million Ethiopians could be in need of food aid because of a drought in the country, the UN has said.

Reacting to the UN’s claims that the number in need had increased by more than 55 percent this year, Alemayew Berhanu, spokesman for Ministry of Agriculture, told Al Jazeera that Ethiopia had “enough surplus food at emergency depots and we’re distributing it”.

“When we were informed about the problem, the federal government and the regional state authorities started an outreach programme for the affected people,” he said.

In August, the Ethiopian government said that it had allocated $35m to deal with the crisis that has been blamed on El Niño, a warm ocean current that develops between Indonesia and Peru. The UN says it needs $230m by the end of the year to attend to the crisis.

One farmer in the town of Zway told Al Jazeera that he was selling personal belongings to stay alive.

“There is nothing we can do. We don’t have enough crops to provide for our families. We are having to sell our cattle to buy food but the cattle are sick because they don’t have enough to eat,” Balcha, who has a family of nine, and grows corn and wheat, said.

The onset of El Niño means the spatial distribution of rainfall from June to September has being very low. According to the UN children’s agency (UNICEF), the El Niño weather pattern in 2015 is being seen as the strongest of the last 20 years.

Climate shocks are common in Ethiopia and often lead to poor or failed harvests which result in high levels of acute food insecurity.

Approximately 44 percent of children under 5 years of age in Ethiopia are severely chronically malnourished, or stunted, and nearly 28 percent are underweight, according to the CIA World Factbook.

UNICEF says that about 264,515 children will require treatment for acute severe malnutrition in 2015 while 111,076 children were treated for severe acute malnutrition between January and May 2015.