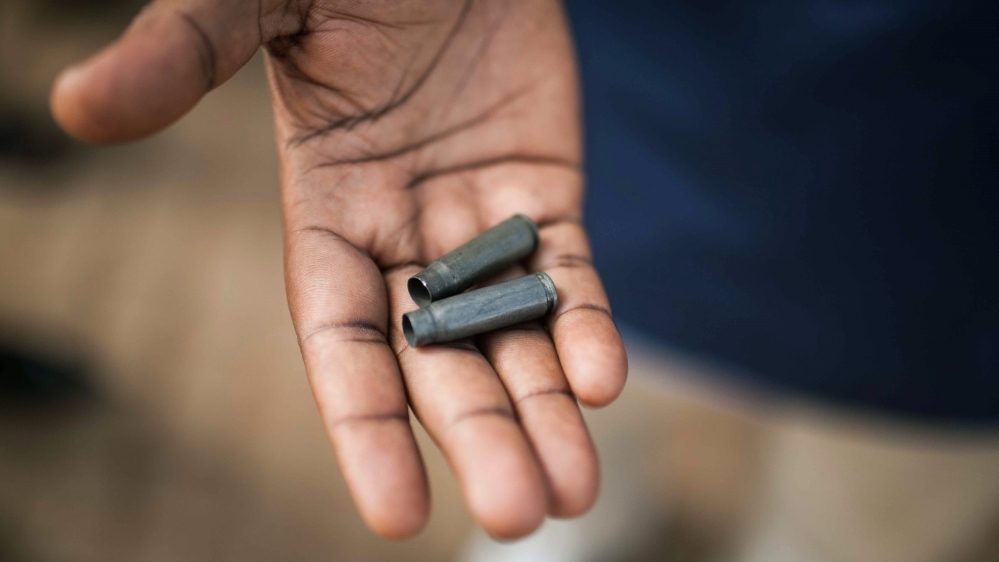 At least three people have been killed and 60 injured during street clashes in Burkina Faso’s capital as protesters demonstrated against a military coup, a senior source in the main hospital has said.

Witnesses said that soldiers fired warning shots on Thursday to disperse crowds gathering in the streets of Ouagadougou, who responded by throwing stones.

Ban condemned “in the strongest terms” the coup led by a close ally of toppled former leader Blaise Compaore.

“Those responsible for the coup d’etat and its consequences must be held accountable,” he said in a statement.

The military in Burkina Faso took to the airwaves earlier on Thursday to declare it now controls the country, confirming that a coup has taken place – just weeks before national elections.

The statement came a day after members of the elite presidential guard unit of the military arrested the transitional president and prime minister.

The communique read by Lieutenant Colonel Mamadou Bamba criticised the electoral code, which blocked members of the ex-president’s party from taking part in the October 11 elections.

Anyone who supported the ex-president’s bid to amend the
constitution so he could seek another term is also banned from running.

Bamba on Thursday announced the beginning of a “coherent, fair and equitable process” that would lead to inclusive elections. The power grab violates the country’s constitution.

Burkina Faso was due to hold elections on October 11 that many hoped would strengthen democracy.

“It is still very unclear how this crisis will now resolve itself […] the only outcome will come through negotiation and compromise [but] I don’t see what sort of of compromise will be acceptable to both sides, considering both sides have gone all in so far,” Ohayon told Al Jazeera from Paris.

The transitional government came to power after the president for 27 years, Blaise Compaore, was toppled late last year in a public uprising.