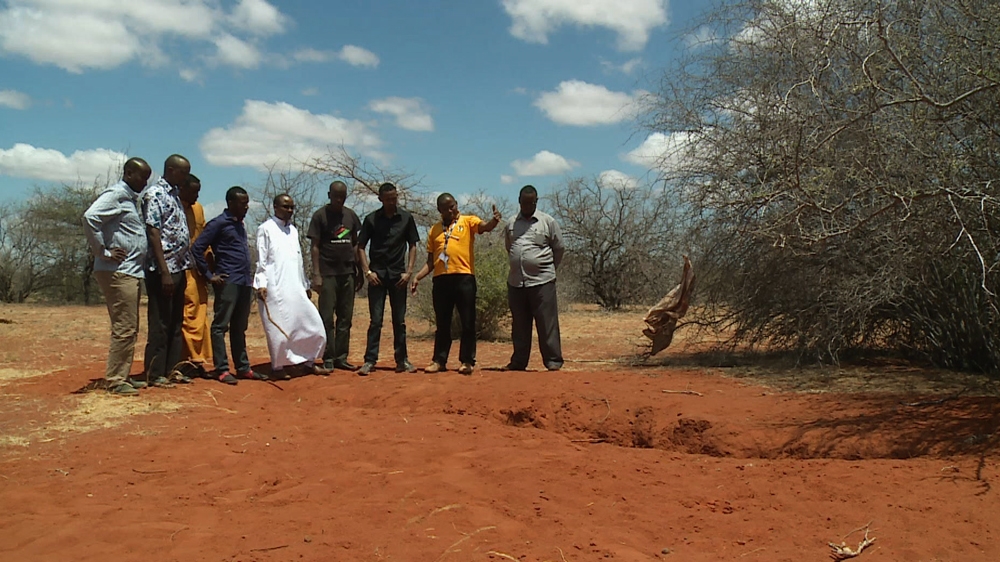 Last December, an Al Jazeera network investigation examined shocking claims that the government of Kenya has been running secret police death squads, tasked with assassinating suspected terrorists and criminals. At the time the Kenyan government strongly refuted the allegations but reports and rumours in Kenya about extra-judicial killings have continued to proliferate.

Ten months on, People and Power asked Mohammed Ali, one of Kenya’s top independent investigative journalists, to find out why.

In this deeply worrying film, Ali discovers that mysterious killings are indeed continuing amid a culture of apparent impunity, leaving Kenyan security forces open to suspicions that they are unaccountable and seemingly out of control.

He discovers that over 1,500 Kenyan citizens have been killed by the police since 2009, and that statistically, Kenyans are currently five times more likely to be shot by a policeman than a criminal.

With often little or no investigation by the Kenyan state into the circumstances surrounding these deaths, he finds evidence to suggest that an increasing number of Kenyan police officers may be complicit in what have been described as summary executions of suspects.

Even the Kenyan army, seen by most Kenyans as less corrupt and more trustworthy than the police, is now allegedly implicated in the torture and forced disappearance of terror suspects in the country’s northeastern region.

This film contains graphic images of violence and its aftermath that some viewers may find disturbing.

By Mohammed Ali and Seamus Mirodan

In the capital Nairobi alone last year, the police killed 127 Kenyans. That’s a fatal shooting every three days. And in the aftermath of almost every one of these episodes the police account has been the same: the dead men were armed, dangerous and in the process of attacking the public or officers of the law. In other words, the use of lethal force by the police is routinely justified either as self-defence or as having been necessary to protect the Kenyan public from grievous harm.

But we also heard from the Independent Medico-Legal Unit, a group of leading Kenyan pathologists dedicated to investigating human rights abuses. It has found that the evidence held in medical records, witness statements and even the police’s own accounts show that only 10 percent of these shootings actually came in a bid to preserve life.

As many as three quarters of police shootings in Kenya, say critics, could instead be classified as something more sinister; as possible summary executions, where a person accused of a crime is killed on apprehension or instead of arrest without benefit of a full and fair trial.

So what’s going on?

That Kenya faces serious challenges from crime and terrorism is without question. As anyone who has spent any time in Nairobi can attest, carjackings, muggings and armed robberies are commonplace. So-called “thugs” patrol the streets on the first Friday night of every month, knowing that people have just been paid, and the pickings will be rich. They often arm themselves with knives, and some have access to guns. Violent crime is so prevalent that even leaving a car window open in traffic can leave one liable to being forcibly and swiftly separated from a mobile phone, wallet or wristwatch.

There is also no doubt that Kenya faces a significant internal and external security threat. In recent years, Somali militant group al-Shabab has perpetrated a series of gruesome attacks on Kenyan soil. In 2013, for example, as the world’s media watched in horror, 67 people – men, women and children – were gunned down when the group attacked the Westgate shopping mall in Nairobi.

Then in May of this year came the worst terror attack to have taken place on Kenyan territory: the rounding up and assassination of 147 Christian students at the country’s Garissa University. And the threats seem to grow – to date, an estimated 3,000 Kenyan citizens have crossed the border into Somalia to join and be trained by al-Shabab – many of them seemingly destined to return to Kenya to carry on a violent insurgency that has no end in sight.

The Kenyan public, shocked and appalled by these various threats to their peace and stability, have demanded action. The government has repeatedly expressed its willingness to stand firm in the face of those threats and forcibly respond.

But can that ever justify abandoning the rule of law, setting aside due process and meeting violence with more extreme violence? Because that is what seems to be happening in Kenya, where on a daily basis elements of the police service seem to be completely unrestrained in their use of force; given licence (whether officially granted or not) to abduct, shoot and kill with impunity people deemed – often on the flimsiest of evidence – to be a threat. Deaths that all too often go unremarked except by the grieving families of the victims are rarely, if ever, properly investigated.

It’s not as though the strategy is especially effective – except perhaps in encouraging more violence in return.

From the Muslim community in Mombasa to the marginalised youths of the sprawling Nairobi slums such as Korogocho or Kibera, we heard time and time again that government actions are creating a “them and us” culture; a breeding ground for endemic violence between economically, politically or religiously disenfranchised communities who feel they are outside the law and therefore have no path left open other than to pick up a gun and a hostile state which seems set on engaging them in battle.

We spoke to many members of the Muslim community in Mombasa who were convinced that police killings were principally responsible for motivating young men to cross the border into Somalia into the arms of al-Shabab.

One man who had been through that process told us that after his brother had been killed by the police, he attended a three-month al-Shabab training programme where he was taught how to use automatic weapons against his countrymen. His point was clear, profiling and targeting young Muslims by raiding their mosques, abducting them off the streets and “disappearing” them is merely creating a new generation of militants who will want to return the favour in spades.

Recent history is littered with examples of what happens when state security forces are given (or take) free reign to act as judge, jury and executioner in response to a perceived threat. All too quickly those forces become unanswerable to anyone other than themselves; they become agents of repression rather than security and the innocent majority increasingly become victims too.

As you will see, in the course of making this documentary we came across numerous examples of how this could be happening in Kenya today. We dug away at the evidence, looking always for signs that we were wrong, that we were misinterpreting what we had seen with our own eyes or what eyewitnesses had told us.

With covert cameras, we secretly filmed in a Nairobi city morgue where the bodies of those killed in police shootings were dumped on the floor, negating any attempt to gather forensic evidence. We obtained mobile phone footage filmed by a woman who had watched in horror as police had shot and killed from close range a young “bank robber” lying wounded and helpless on the street.

In the company of human rights workers, we visited unmarked graves on the outskirts of a northern Kenyan town that had recently (until someone came and dug up the bodies) held the bodies of at least seven murder victims. It was likely, we were told, that that they had been abducted and killed by security services on suspicion of links to al-Shabab.

And then, when we felt there were indeed serious questions to be answered, that the stories we had heard had substance, we took them to the highest levels of the Kenyan police in Nairobi seeking a response. We asked repeatedly in person and in writing for an interview with the Inspector General or the Kenyan National Police. We set out all our allegations and offered the organisation a chance to give us a statement. We said we wished “in the interests of fairness and accuracy” to hear the police’s side of the story, to incorporate any official reply into our film. Our requests went unanswered. And maybe that’s the problem with a culture of impunity; those who have no reason to fear legal sanction or discipline feel no real compunction to explain their actions.

But the questions for Kenya’s police forces won’t go away. They will merely become more pressing as the death toll mounts.