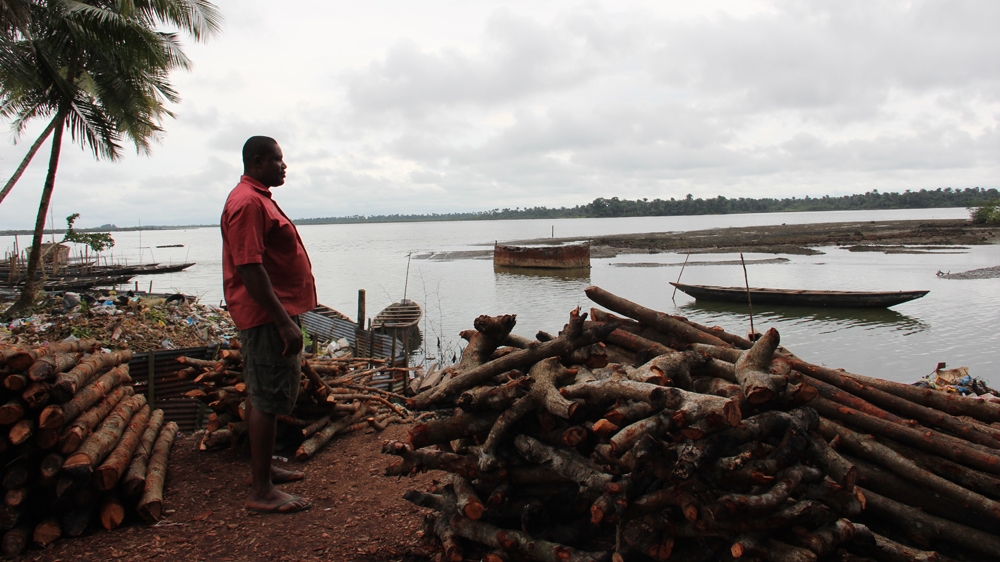 When the news of the settlement with Shell came in early January, John Gbara and his wife sat down and tallied up the amounts. Soon, they would each receive about 600,000 naira (roughly $3,000) in their bank accounts. That was more money than they had ever had at one time, and if they budgeted well, they would finally be able to give their children a proper roof over their heads, instead of the two-room house that was caving in around them.

Nine months later, the fisherman sits in the parlour of his new brick home in Bodo, a fishing village deep in the Niger Delta. Gbara, who never finished primary school, has built a three-bedroom house for his family of six.

The money was part of the $83m in compensation paid by Royal Dutch Shell Plc to the Bodo community, after it took the Anglo-Dutch oil company to a British court over two oil spills from a Shell pipeline. In a unique arrangement, most of the money was paid directly to the more than 15,000 claimants – over a quarter of Bodo’s inhabitants – instead of going to community leaders.

Since January, most claimants have received the $3,000 payouts in their accounts, many of which were opened specifically for the purpose.

It was more than six years since the oil spill that had destroyed their livelihoods.

Gbara remembers the morning in late August 2008, when he was heading to the beach where his boat was moored and met some fellow fishermen returning from the river.

“Don’t go there,” they told him, “there’s crude everywhere”.

A Shell pipeline close to the shore had broken. For 72 days, tens of thousands of barrels of crude oil spilled out of it, creeping into the creeks and filling the mangroves around Bodo.

It ruined the fishing grounds.

“In the rainy season we used to go fishing when the moon was full. That was when the fish came out,” Gbara explains in the local Gokana language. “But since the spill we don’t see fish again.”

Now, when he goes fishing, he has to paddle away from Bodo for three hours in order to catch anything worthwhile. And still, he doesn’t come back with more than one or two baskets, half of his usual catch.

“The oil has chased the fish away,” he says.

The profession he learned from his father when he was 10, has become almost useless.

Before the settlement, Gbara and his wife looked for alternative ways to make money. They tried selling fuel by the roadside in reused plastic bottles, farming, and cutting firewood. But the crude oil had also polluted farmland and forests, so nothing would grow as it had before.

By 2013, they worried that they would no longer be able to pay their children’s school fees.

Two years later, sitting in his new living room, a clock above the window and wall-to-wall ocean blue plastic on the floor, the 42-year-old father is less pessimistic about his children’s future. Three of them – those born before the spill – also received compensation. Every year, their parents are permitted to take 50,000 naira from it to pay for school fees, healthcare or other necessities.

“It’s not enough, but it makes life easier,” Gbara explains, as his only daughter, two-and-a-half-year-old Janet, climbs onto his lap and falls asleep.

His greatest wish in life was to give his family a house made of bricks. And it was a goal he pursued with discipline and dedication.

Within a few days of the money arriving in their accounts, construction began. They tore down their old house to make room for the new one. And Gbara requested help from somebody who had attended school to ensure that he balanced the building budget and didn’t go broke halfway through.

During the building, the family stayed in a room in a neighbour’s compound.

“Can you imagine all of us in one single room? I was helping with my own hands, to get our house ready as soon as possible,” says Gbara.

He had contemplated putting some money aside to buy a new engine for his boat, so that he might be able to sail further afield to catch fish. But he eventually decided against it. And even without such added expenditures, Gbara and his wife have been unable to complete their home from the compensation they received. Their house still needs a ceiling, plumbing and some plastering. But Gbara is a happy man.

“Just like my wife to me is more beautiful than any other woman, my house to me is the most beautiful house there is,” he says.

He is proud of what they have achieved, even though there is no money left in the bank.

So, did the monetary compensation match the suffering caused by the oil pollution?

Gbara shrugs and stands up. “Let’s go to the beach,” he says. After a short walk, he stops at the waterfront. The wet sand smells vaguely of tar. On the opposite riverbank, where mangrove trees used to grow, there is now just a murky plain with twigs sticking out from the mud. The water reflects the sunlight in the rainbow colours of petroleum.

“They should clean the water, my livelihood. That’s the most important thing of all,” says the fisherman, gazing out over the creek.

Although Shell has accepted responsibility for the oil spills and negotiations about the clean-up have been ongoing, the process of removing the crude oil that has sunk deep into Bodo’s soil hasn’t yet started.

“They say they will start next month,” Gbara says. “Let them come and clean up, so life can go back to normal.”

The post I remember the day… an oil spill changed my life appeared first on African Media Agency.