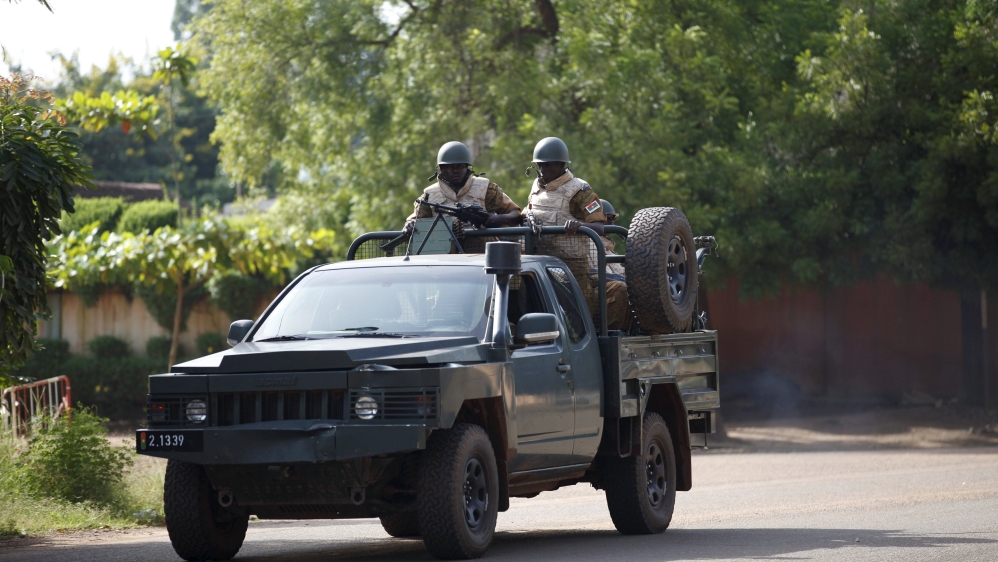 Heavy gunfire has been heard in the capital Ouagadougou near the presidential palace and the barracks of the Presidential Security Regiment (RSP), where coup leader General Gilbert Diendere and his supporters are holed up.

A military spokesman confirmed that Burkina Faso’s army had opened fire on supporters of a failed coup who refuse to disarm.

The fresh gunfire came as the army announced it was giving a “a last chance” to the coup plotters to “avoid a confrontation”, military spokesman Lieutenant Aziz Ouedraogo said.

“A last chance has been given to the former presidential guard,” Ouedraogo told a press conference in Ouagadougou. “We are giving them another chance to avoid a confrontation.”

Al Jazeera’s Nicholas Haque reported that “General Diendere says he wants to cooperate and surrender arms,” but the “interim government says Diendere is not cooperating.”

Earlier in the day, former Foreign Affairs Minister Djibril Bassole was arrested for allegedly joining forces with Diendere in the attempted coup, claiming that the two have sought help from foreign forces.

On Monday, Bassole, who is a presidential candidate, denied allegations that he supported Diendere, calling it a “demonisation campaign” against him.

Bassole, a high-level diplomat, has long been a part of hostage negotiations in West Africa and also served as the UN special representative in Sudan’s restive Darfur region. “He is the most senior figure to be detained in relation to last week’s coup,” Haque reported.

While Diendere quickly handed power back to the civilian transitional government, efforts to disarm his supporters have stalled.

The chief of staff said on Monday that RSP officers were refusing to participate in the process and accused Diendere of hindering the disarmament and of seeking support from foreign forces and armed groups.

In a statement on Tuesday, the chief of staff called on the local population to avoid the Ouaga 2000 district, where the camp is located, close to the presidency, and for residents of the neighbourhood to remain indoors.

In a separate statement directed at news media, the army requested that journalists stay clear of deployed troops and not reveal their position “in order not to compromise the operation under way”.

At least 11 people were killed and 271 injured during the coup as the presidential guard crushed protests against their actions.

The government has ordered an inquiry to determine who was responsible for the coup, and the state prosecutor on Saturday froze the accounts of Diendere and 13 others suspected of links to the attempted putsch.