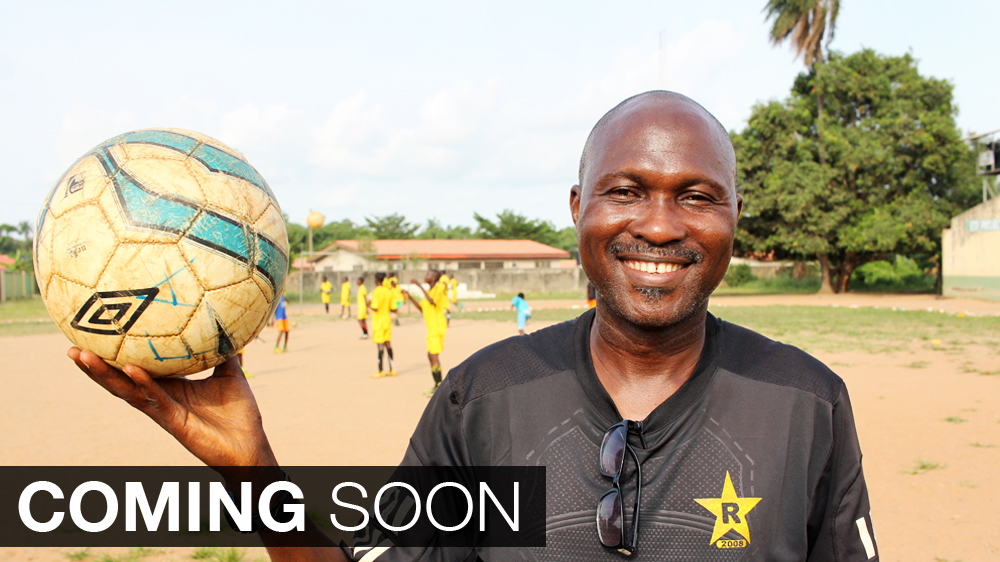 Femi Bamigboye is the coach and founder of the Remo Football Academy in the small Nigerian town of Iperu.

You have to really look for Iperu on the map, but Femi has managed to produce a line of young players who represent Nigeria at age group level – which is an achievement in a country of over 150 million people.

Femi is not just a football coach, he is a pastor with a loyal congregation who worship every Sunday in a lean-to church in the middle of the thick forest that surrounds Iperu.

“Football in Nigeria is like a religion. I do not know any religion that is followed in Nigeria like football,” Femi says.

The academy has two players who will represent Nigeria in the under 17 World Cup at the end of they year.

Femi feels his job is not just to teach football; he wants to develop world-class young men.

“In Nigeria, life is a bit hard for the youths and football is one of the ways that they kind of rise…. I’m addicted to the development of kids. If you want to see the best of a Nigerian child, throw a ball to him,” Femi says.

We spend a week with Femi Bamigboye as he gets his players ready for the cup final of a local knock-out competition. Femi’s son Sam leads the team of youngsters against a much older adult team.

They have a lot to play for.