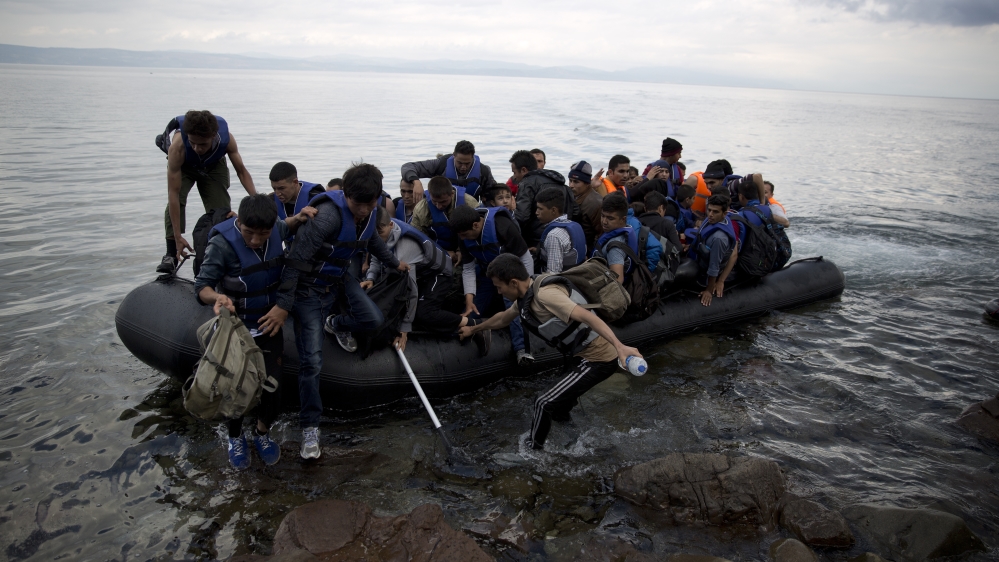 The European Union will use warships to catch and arrest human traffickers in international waters as part of a military operation aimed at curbing the flow of refugees into Europe, the bloc’s foreign affairs chief has said.

“The political decision has been taken, the assets are ready,” Federica Mogherini said on Thursday at the headquarters of the European Union’s military operation in Rome.

The first phase of the EU operation was launched in late June. It included reconnaissance, surveillance and intelligence gathering, and involved speaking to refugees rescued at sea and compiling data on trafficker networks.

The operation currently involves four ships – including an Italian aircraft carrier – and four planes, as well as 1,318 staff from 22 European countries.

Read more: Tensions between Croatia and Serbia rise over refugees

Beginning on October 7, the new phase will allow for the seizure of vessels and arrests of traffickers in international waters, as well as the deployment of European warships on the condition that they do not enter Libyan waters.

“We will be able to board, search, seize vessels in international waters, [and] suspected smugglers and traffickers apprehended will be transferred to the Italian judicial authorities,” Mogherini said.

“We have now a complete picture of how, when and where the smugglers’ organisations and networks are operating so we are ready to actively dismantle them,” she said.

The new measures come at a time when Europe is enduring the largest refugee crisis since World War II.

An estimated 13.9 million people became refugees in 2014, while an average of 42,500 were displaced from their homes each day due to conflict and persecution, according to the UN refugee agency.

Europe has already received more than 700,000 asylum applications in 2015. The Organisation for Economic Co-operation and Development predicts that number will exceed one million by the end of the year.

: Syrian refugees: A catastrophe in numbers

Expanding the operation into Libyan waters is still pending the approval of the EU’s security council and the Libyan government.

“We have a lot to do in high seas, and in the meantime we are continuing to work on the legal framework that could make it possible for us to operate also in Libyan territorial waters,” she added.

“EU officials are misguided when they treat smugglers and traffickers as the root of the refugee problem,” he told Al Jazeera.

“The roots of the problem are the violence in their home countries, as well as the conditions in the first countries where they take refuge – Egypt, Libya, Turkey [and] Sudan.”

“Instead of wasting tax payers money on tackling smugglers who will always find a way to bring their clients to Europe, officials should pressure or support those first countries of asylum properly protect and help refugees,” Simpson said.

The post EU to use warships to curb human traffickers appeared first on African Media Agency.