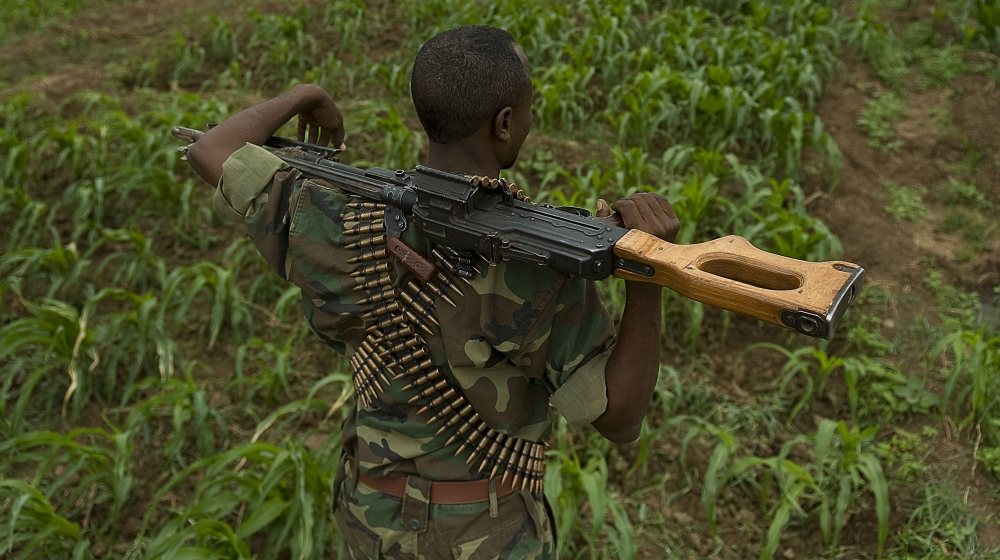 Hundreds of Ethiopian fighters have fled their base in Eritrea and surrendered to authorities, handing over their weapons, the foreign ministry said.

In a statement late on Tuesday, the foreign ministry said that Tigray People’s Democratic Movement (TPDM) leader Mola Asgedom and “nearly 800 fighters” crossed to Ethiopia on Sunday, having fought their way past Eritrean troops.

“We came to the conclusion that an armed struggle was meaningless,” Mola told the state-run Ethiopian Broadcasting Corporation, adding the group had been in contact with Addis Ababa for over a year before deserting.

“Bringing about good governance and democracy to Ethiopia were the main objective of our armed struggle,” Mola said according to the AFP news agency.

“We have also come to realise the economic progress Ethiopia has achieved and the destabilising agenda espoused by the Eritrean regime and other groups.”

The broadcaster’s report displayed footage of a large group of young men in fatigues, wielding AK-47 rifles and grenade launchers, while camped in an open field near Ethiopia’s border with Sudan.

The little-known TPDM said it launched a rebelion14 years ago seeking to “establish a popular democratic government” in Ethiopia’s capital, Addis Ababa.

Ethiopia has previously dismissed the group as “puppets” acting under the orders of arch-foe Eritrea, with whom it is embroiled in a border dispute.

Authorities in Eritrea’s capital Asmara were not immediately available for comment.

Eritrea and Ethiopia routinely accuse each other of backing armed groups trying to destabilise and topple the other’s government – a legacy from the two-year war they fought in the late 1990s.

Eritreans make up the third largest group among the refugees and migrants heading for Europe.

The demarcation of their shared border is yet to be resolved, with Addis Ababa insisting on a negotiated settlement.

Eritrea wants Ethiopia to pull troops out of the disputed village of Badme before normalising relations, citing a decision by a Hague-based boundary commission which awarded it in 2002.