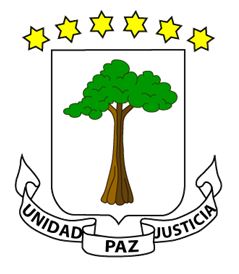 On the morning of September 14, His Excellency Fidel Mañé Ncogo, Delegate Minister of Mines, Industry and Energy , appearing on behalf of the Minister, opened the Second Meeting of National Coordinators of EITI (Extractive Industries Transparency Initiative). The meeting is being held September 14-15 in Malabo, Equatorial Guinea. This meeting is a continuation of a first gathering held last June in Yamoussoukro, Ivory Coast. The objective of these meetings is for African countries to find a common position before the next EITI Global Conference, to be held in Lima, Peru in February 2016. Participants will discuss ongoing developments in the EITI standard and the impact it is having on African countries to be compliant. The EITI member countries participating in the meeting are: Congo, Senegal, Guinea Conakry, Ivory Coast, Liberia, Cameroon, Burkina Faso, Niger, Togo, Central African Republic, Sierra Leone. Equatorial Guinea and Gabon are attending observers. All African members of the EITI Board are attending the meeting. Cesar Augusto Hinestrosa Gomez, EITI Director General, said: “That all countries have selected Equatorial Guinea to host this important meeting reinforces our commitment to become a member of EITI.” The Extractive Industries Transparency Initiative is an international organization that manages financial transparency and improved governance in extractive industries such as mining and oil and gas. Equatorial Guinea is currently applying to join EITI. *APO]]>