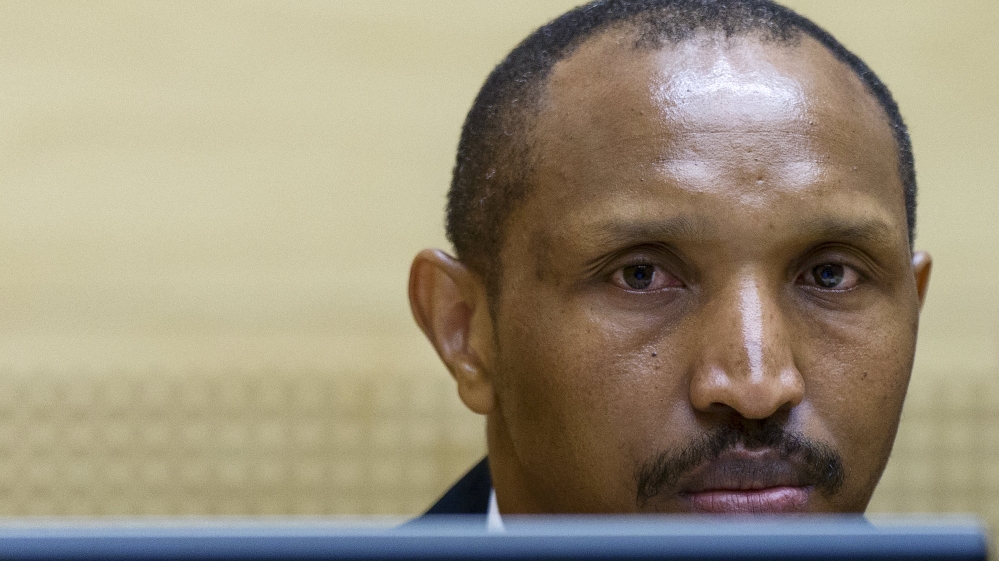 A rebel leader known as “The Terminator” has told judges trying him at the International Criminal Court in The Hague that he was a professional soldier who never attacked civilians and tried to restore peace during a brutal conflict in eastern Congo.

Speaking on Thursday during the second day of his trial on 18 counts of war crimes and crimes against humanity, Bosco Ntaganda said, “I have never attacked civilians”. He added during a nine-minute speech to the court, “I have always protected them”.

“I have been described as The Terminator, as an infamous killer, but that is not me,” Ntaganda said.

His comments were a stark contrast to how prosecutors portray Ntaganda – as the leader of a rebel militia that murdered, raped and persecuted innocent villagers in the Ituri region of Congo during a brutal conflict there from 2002-2003.

Sarah Pellet, a lawyer representing 297 former child soldiers, told the three-judge panel that recruiters from Ntaganda’s militia took children from school yards or forcibly snatched them from their families and fed many of them drugs and alcohol to dull their fear in battle.

Young girls were repeatedly gang raped and made into “wives” for senior commanders.

Pellet said the girls were victims twice over.

“They are victims of rape and sexual violence and some of them gave birth to other victims: Children who will never know their fathers and who are a constant reminder of the reprehensible acts inflicted on their mothers,” she said.

On the first day of the trial, prosecutors showed judges images of bodies littering a banana plantation as they accused the former rebel leader of running a campaign of terror in the northeastern Ituri region.

Bodies were dumped in the fields after being indiscriminately slaughtered, allegedly by Ntaganda’s rebel Union of Congolese Patriot (UPC) troops.

Ntaganda has been charged with ordering hundreds of deaths in savage ethnic attacks, as well as with the recruitment and rape of child soldiers within his own rebel army.

“Bosco Ntaganda was one of the highest commanders… he gave the orders to attack and kill,” ICC chief prosecutor Fatou Bensouda told the three-judge bench.

Ntaganda also denied allegations by prosecutors that he has attempted to influence witnesses.

Prosecutors are scheduled to call their first witness on September 15.