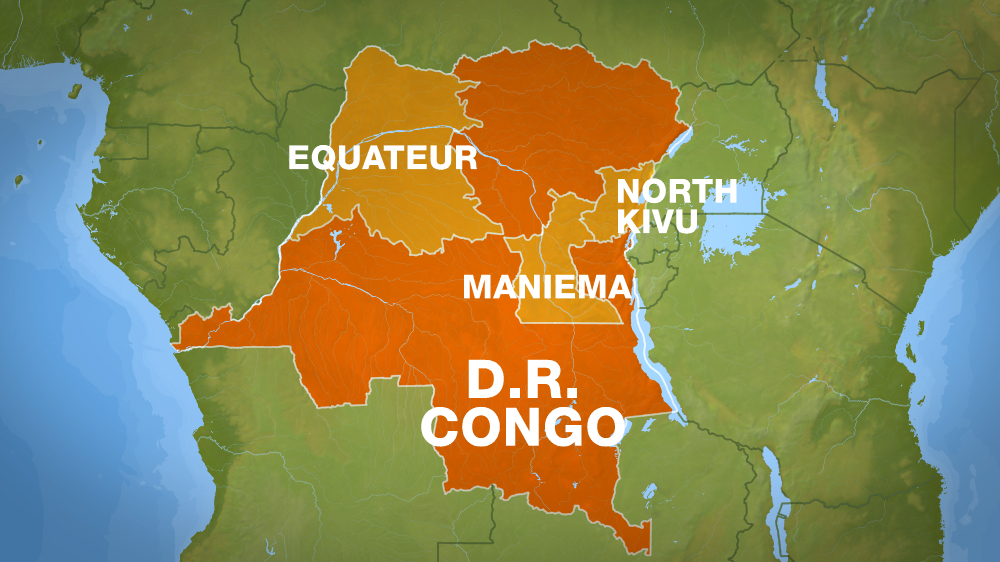 By Al Jazeera The measles epidemic spreading through the Katanga province in the DR Congo has to be halted within the next sixty days, or the country would be facing a major health crisis, medical charity Doctors without Borders (MSF) has warned.

Michel Janssens, coordinator for the MSF in the DR Congo, told Al Jazeera on Thursday that immediate action was needed to address the outbreak as it would be close to impossible to access those in need during the rainy season, expected within the two months.

“This began many months ago, in March and it took a long time for it to be acknowledged … delaying it any further would make it very difficult to help people affected by it,” Janssens said from Katanga.

“It is a very difficult place to work already, the roads are bad and places are inaccessible [and] there are many more people affected which the data doesn’t show. After the rains start, it would be difficult to solve,” he said.

At least 320 people have died this year and some 30,000 people are said to be affected by the measles outbreak this year in Katanga. In early August, the UN Office for the Coordination of Humanitarian Affairs (OCHA) described the epidemic as “only worsening and gaining ground”. But the MSF has also said that
the “delay in acknowledging the gravity of the epidemic may have held up the release of funds, hindering a timely response.”

On 19 August, the United Nations released $2.4 million to help the DR Congo government and humanitarian actors respond to the outbreak. But MSF said in a statement on Tuesday that money alone wouldn’t fix the situation. “We need more actors in the field. MSF remains one of only two organisations in Katanga today involved in treating measles and immunising children against it.”

MSF has already described the outbreak as the most serious epidemic the province of Katanga has seen since 2011. Some 1,085 people died and about 77,000 were infected in the 2010-11 epidemic.


Measles is known to be highly contagious and can lead to complications, including diarrhea, and dehydration. While mortality rates are low in developed countries, MSF says that fatalities can be as high as 20 percent in countries with poor health care systems.

MSF says the exposure to malnutrition, malaria and tuberculosis and general poor living standards continues to aggravate the impact of the measles epidemic.

“In June, 10 health districts out of the 68 in Katanga were facing an epidemic situation. Today that number has more than doubled and continues to grow, while the Congolese government has still not made any official declaration about the epidemic,” says Jean-Guy Vataux, MSF Head of Mission in DRC.

Since March, MSF has also been working in the South Kivu, Equateur and Maniema provinces. At least 12,200 patients have been treated and some 287,000 children aged between six months and 15 years were vaccinated as a preventive measure.