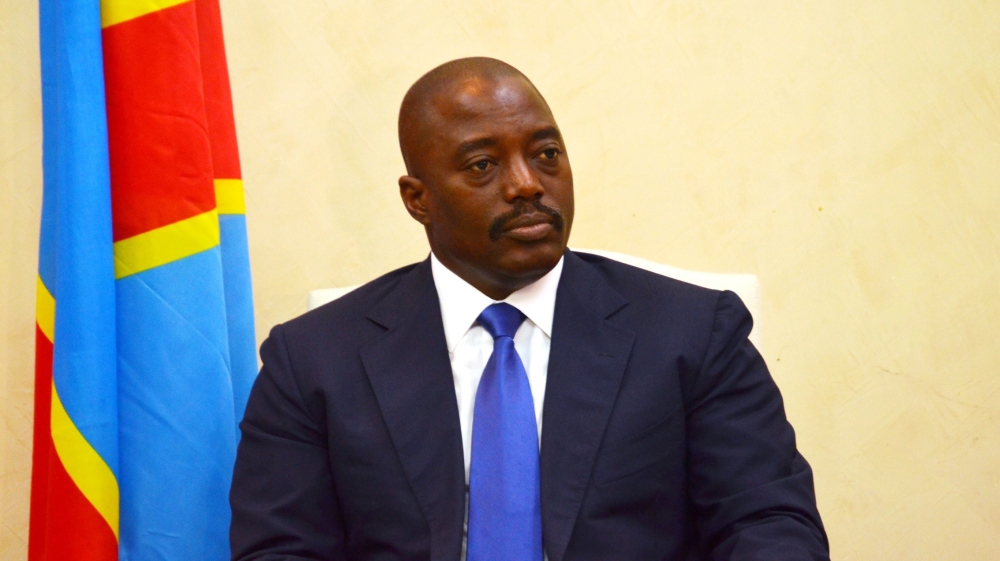 Seven senior political figures have been expelled from the Democratic Republic of Congo’s ruling coalition for signing a letter urging President Joseph Kabila not to cling to power after his term expires next year, government officials have said.

The planning minister was also sacked from his post later on Wednesday on an order from the president, as was another longtime ally of Kabila whose party signed the letter.

In Monday’s letter to Kabila, the leaders of the G7, a group of parties within the coalition, demanded immediate steps to ensure a presidential election scheduled for November 2016 was held on time.

A successful vote would mark the first peaceful transition of power in the vast Central African nation.

But Kabila’s critics fear he intends to exploit a packed and expensive slate of local, provincial and national polls over the next 14 months to force delays to the presidential vote.

Kabila, who has refused to say he will step down in 2016, is one of several long-ruling African leaders approaching the end of constitutional term limits. Moves by other leaders to extend their rule have triggered mass protests in Burundi, Burkina Faso and other countries.

“The authors of the memorandum are excluding themselves from the presidential majority,” government spokesman Lambert Mende, himself a member of the coalition’s leadership, said on state-run television.

“End of his line”

He rejected the letter’s suggestion that Kabila intended to violate the constitution, saying it had unjustly exposed the president to public vilification.

A presidential order issued later in the day said that one of the signatories, Planning Minister Olivier Kamitatu, had been relieved of his post. The order said that he had failed to show the discretion expected of members of government.

“By firing a minister who asked him to respect the constitution, Kabila has shown that he is at the end of his line,” Kamitatu told the Reuters news agency after the decision.

Meanwhile, Pierre Lumbi, the president of the Social Movement for Renewal (MSR), the second-largest party in Kabila’s coalition and a representative of whom also signed the letter, was stripped of his post as special counsellor to the chief of state in matters of security.

In a statement, the G7 leaders said that they had walked out of an emergency meeting called on Wednesday in response to the letter when the majority refused to consider the issues they had raised.

Kabila, in power since the assassination of his father President Laurent Kabila in 2001, is required by the constitution to leave office next year.

The G7 warned in its letter that violating the constitution’s two-term limit risked destabilising the vast country where regional wars between 1996 and 2003 killed millions, most from hunger and disease.

The G7 parties control more than 80 of 500 seats in Congo’s lower house of parliament and their members occupy 13 of 47 ministerial or vice-ministerial posts in Kabila’s cabinet.

The coalition would still have a majority if they all left.